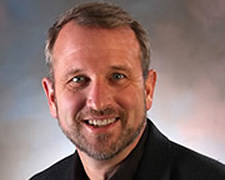 Dr. Paul Harvey will be the featured speaker at the 2017 Kincaid Lecture Series at the Abraham Lincoln Library and Museum.

Lincoln Memorial University (LMU) and the Abraham Lincoln Library and Museum will present the 2017 Kincaid Lecture Series at 7 p.m. on Sept. 21. Dr. Paul Harvey will speak on “African-American Politics and the Judeo-Christian Tradition,” followed by a question-and-answer session, book signing and reception.

The lecture explores how a select group of African-Americans deployed, wrestled with, argued with, and transformed the Christian tradition extending from slaves in the Deep South to those highly-educated free blacks and missionaries in the North.

“African-Americans had a tortured relationship with ‘the Christian religion’ in the 19th century. It could be both their savior and their tormentor,” Harvey said. “They appealed to the ‘true principles’ of Christianity as opposed to the false preaching of pro-slavery advocates. The entire cosmology of nineteenth-century Christianity was racialized, yet at the same time, Christianity provided a venue both necessary and sufficient to critique American slavery, racism and the political structures that lay under each.”

Harvey is professor of history and Presidential Teaching Scholar at the University of Colorado, Colorado Springs. He researches, writes and teaches in the field of American history from the 16th century to the present. Harvey is the creator and “blogmeister” of the nationally-known professional scholarly blog Religion in American History, and is a contributor to the online journal Religion Dispatches. He is the author/editor of eleven books and numerous articles.

Harvey’s most recent works are Christianity and Race in the American South: A History (University of Chicago Press, 2016), and Bounds of Their Habitation: Religion and Race in American History (Rowman & Littlefield, 2017). His recent co-authored book The Color of Christ: The Son of God and the Saga of Race in America, was named a “Top 25 Outstanding Academic Title” by Choice magazine in 2013, an award selected from among the several thousand academic books published in the previous year.

Supported by the Dr. Robert L. Kincaid Endowed Research Center, the lecture is free and open to the public. At 11 a.m., Harvey will present a 45-minute lecture on this same topic for LMU students, faculty and staff. For more information or to register, contact the museum at 423-869-6235.

The Abraham Lincoln Library and Museum is located on the historic campus of Lincoln Memorial University in Harrogate. Housing one of the top five Lincoln and Civil War private collections in the world, the Museum is open Mon.-Fri. from 10 a.m. to 5 p.m., Sat. from noon to 5 p.m. and Sun. from 1-5 p.m. For more information about this and other programs at the Abraham Lincoln Library and Museum, call 423-869-6235.