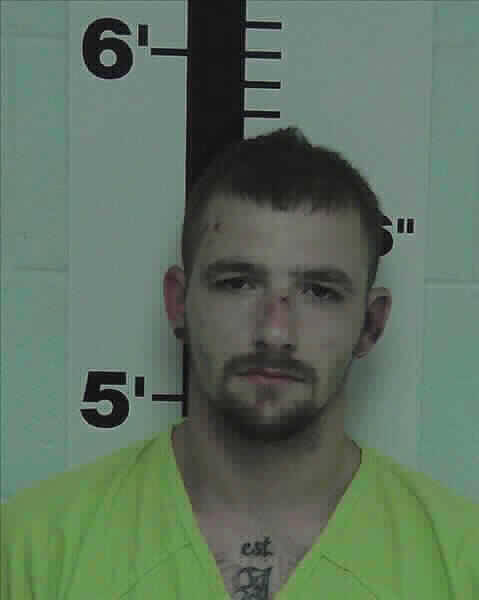 His accomplice, Dean Franklin Clark, 26, was sentenced to a split confinement of eight years TDOC supervised probation with 110 days confinement. He was given credit for 110 days of jail time already served.

Clark initially faced six counts that included attempted first degree murder and possession of a firearm during the commission of a dangerous felony.

Sexton sentenced Clark during his plea hearing last week on one count each of accessory after the fact and tampering with evidence. He must pay at least $100 per month in court costs, beginning on Oct. 18, as part of his plea agreement.

Evans led law enforcement in the Tri-State area on a circuitous three-week chase that eventually ended with his capture on June 7. Prior to his arrest, Evans was placed on the Tennessee Bureau of Investigation (TBI) 10 Most Wanted List.

The fugitive and his purported girlfriend surrendered following a brief standoff at a residence on McDaniel Lane, located in the Clouds community of Claiborne County. Law enforcement was forced to use ‘tear gas’ to entice those inside the home to surrender, according to Claiborne County Sheriff David Ray.

Evans, who according to Ray, had racked up at least seven previous warrants – some with felony charges – in the city of Middlesboro and Bell County, Kentucky. Evans was reportedly out on bond in yet another jurisdiction during the time of the ongoing law enforcement chase.

According to Ray, Evans held both Claiborne County and Middlesboro addresses.

It appears that the avoidance of a simple traffic violation in mid-May mushroomed into a series of near-misses before Evans was eventually arrested. One of the first incidents involved a high-speed car chase and shootout between Evans and CCSO deputy Jacob Engle. The deputy apparently lost control of his cruiser during the gunfire and wrecked in a stand of trees just off Forge Ridge Road in upper Claiborne County.

Less than a week later, Evans was at it again, in the midst of a shootout with unnamed officers.

According to Ray, Evans and others inside the vehicle managed to escape that time on foot.

As for Clark, he was reportedly arrested on June 5, soon after the second incident.

Evans and Clark were held in the Claiborne County Jail on a $1 million secured bond, each, awaiting trial when the plea agreement was reached.

Ray expressed his appreciation for the work of several agencies in capturing Evans, during an earlier press conference that was held just after the arrests.

“Their support and cooperation were key to apprehending a dangerous offender,” said Ray, during that conference.