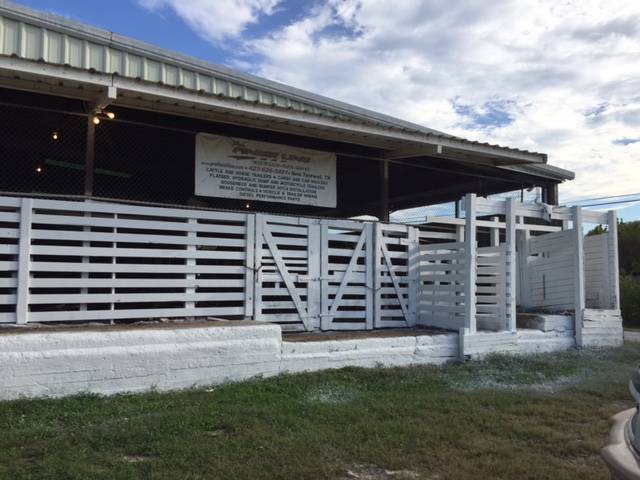 Some of the improvements made to the Tri-State Livestock Market include seating, heat and air conditioning. The market is having its grand re-opening Oct. 3.

New owners Wayne and Kelli Padgett have made many upgrades to the facility, including seating, heat and air conditioning and water in the pens. The improvements have been made with both buyers and sellers in mind.

“We’ve been working hard to get qualified buyers to come in,” Wayne said, adding that the improvements should help.

The market has been in its current location since at least the 1960s, he said, and is part of the county’s agricultural history. When it shut down under previous ownership in December, he became interested in re-opening it.

“I run Top Dollar Pawn Shop here, but I’ve always had cattle and been interested in it,” he said.

The Waynesburg, Kentucky, native has always been around cattle and is excited to re-open the doors to his new hometown’s livestock market. He and his wife Kelli will celebrate their second anniversary in November, and his father-in-law Chester Gibson has given the new owners advice and guidance.

“Everybody has treated me well and accepted me,” he said, adding that he has enjoyed a good working relationship with the folks of Claiborne County and Tri-State area.

“There’s a lot of farmers here who we’ve heard are tickled to death that it’s re-opening,” he said. “They don’t have to take their cattle out of the county, which takes money out of the county.”

During the re-opening celebration, there will be free hot dogs, drinks and door prizes.

“Every head brought in for the first sale will be entered to win cash prizes,” said Wayne. “We will start accepting cattle at 7:30 a.m.”

The weekly sale starts at 1 p.m. each Tuesday.

Wayne said he thinks the cattle market in this area is “very, very good,” and they plan to do special cattle sales. There is currently one scheduled for the Claiborne County Livestock Association on Nov. 10.