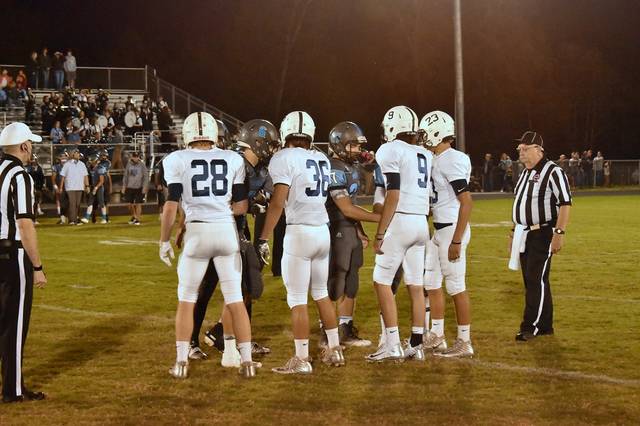 Claiborne County area high school football seasons ended in the playoffs November 3. Claiborne High had the monumental task of going to Alcoa while Cumberland Gap High made the trip to Sullivan North.

Claiborne had a difficult season in part to the pre-season loss of senior QB Ty Stone. It is thought by many who are considered in the know of the program that with a healthy senior QB the Bulldogs would have won at least two more games. The loss, however, didn’t stop the Bulldogs from having a great season. Under the leadership of second year coach Nathan Medlin the team overachieved by winning five games against six losses and making the playoffs for the first time in several seasons. The Bulldogs traveled to Alcoa for round one of the 2017 playoffs but the powerhouse Tornadoes ran away with the game and dashed the hopes of the Claiborne fans by winning 55-0.

Cumberland Gap had a good season and won a total of seven games while losing four. Many fans expected good things from the 2017 Panthers but no one predicted the seven win season and almost earning a home playoff game. They too suffered a huge loss near the middle of the season, as senior and big-play receiver Jacob Bullins went down to a broken arm. To their credit, the Panthers coaching staff found other weapons and continued their season. Making it to round one seemed easy to the team but getting through Sullivan North’s Golden Raiders proved a little too difficult. The Panthers fought hard and made a game of it but fell short losing 22-15 in what was a great comeback attempt. The thing this team will be remembered for is the streak-breaking win over their county rival Claiborne.

Both teams fought through injuries and kept driving toward the playoffs and for the first time in a long time the schools got valuable round one playoff experience. The playoffs were a good way for the seniors to end their high school careers and fans from both schools applaud their dedication.

This year has been a successful season for both teams and fans from both schools are excited about what the future holds.