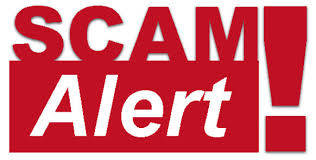 Did you receive a call from your own phone number recently? Several people reported on local social media that on Thanksgiving evening they received a phone call that appeared to be coming from their own phone number. If they answered, someone on the other end asked for the last four digits of their Social Security number.

Someone asking for personal information should throw up a huge red flag. The practice of appearing to call from your own number is called spoofing, according to the Federal Communications Commission.

What is spoofing and how does it work?

“Spoofing” occurs when a caller deliberately falsifies the information transmitted to your caller ID display to disguise their identity. Spoofing is often used as part of an attempt to trick someone into giving away valuable personal information so it can be used in fraudulent activity or sold illegally. U.S. law and FCC rules prohibit most types of spoofing.

Caller ID lets consumers avoid unwanted phone calls by displaying caller names and phone numbers, but the caller ID feature is sometimes manipulated by spoofers who masquerade as representatives of banks, creditors, insurance companies, or even the government. In this most recent case the callers appeared to be from your own number.

What you can do if you think you’re being spoofed

You may not be able to tell right away if an incoming call is spoofed. Be careful about responding to any request for personal identifying information.

• Never give out personal information such as account numbers, Social Security numbers, mother’s maiden names, passwords or other identifying information in response to unexpected calls or if you are at all suspicious.

• If you get an inquiry from someone who says they represent a company or a government agency seeking personal information, hang up and call the phone number on your account statement, in the phone book or on the company’s or government agency’s website to verify the authenticity of the request.

• Use caution if you are being pressured for information immediately.

• If you have a voice mail account with your phone service, be sure to set a password for it. Some voicemail services are preset to allow access if you call in from your own phone number. A hacker could spoof your home phone number and gain access to your voice mail if you do not set a password.

Under the Truth in Caller ID Act, FCC rules prohibit any person or entity from transmitting misleading or inaccurate caller ID information with the intent to defraud, cause harm, or wrongly obtain anything of value. If no harm is intended or caused, spoofing is not illegal. Anyone who is illegally spoofing can face penalties of up to $10,000 for each violation. In some cases, spoofing can be permitted by courts for people who have legitimate reasons to hide their information, such as law enforcement agencies working on cases, victims of domestic abuse or doctors who wish to discuss private medical matters.

Is blocking a phone number the same thing as spoofing?

Spoofing is not the same thing as blocking a phone number. FCC rules require telephone companies to make phone number blocking available and free for all calls between states (each state makes its own rules about calls that stay within the state). If you receive a phone call from an “unknown number,” that phone number has been blocked, but not necessarily spoofed. Also, you can legally block the transmission of your phone number when you make calls, so your number will appear as “unknown.”

What are the FCC rules regarding caller ID for telemarketers?

• Display a telephone number you can call during regular business hours to ask to no longer be called. This rule applies even to companies that already have an established business relationship with you.

How do I report suspected spoofing?

If you receive a call and you suspect caller ID information has been falsified, or you think the rules for protecting the privacy of your telephone number have been violated, you can file a complaint with the FCC.

Information for this article from https://www.fcc.gov/consumers/guides/spoofing-and-caller-id