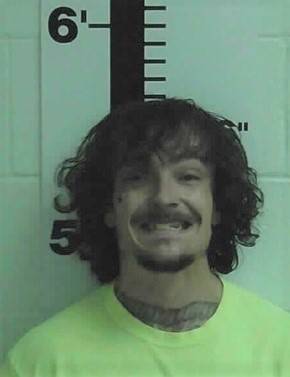 The Claiborne County Sheriff’s Office is asking for help with an investigation into a home invasion that occurred Monday.

Michael Jason Gilbert, 31, of Tazewell, is wanted on several charges, according to a news release from the CCSO.

The release states that Second District County Commissioner Bill Keck returned to his residence Monday morning to discover that two individuals had broken into his home.

“One of the individuals has been identified as Michael Jason Gilbert,” the release states. “The second individual is believed to be a white female.”

Officers responded to the Sharps Chapel area, where Keck had pursued the two after they allegedly shot at him and stole his truck, a 2001 Chevrolet Silverado.

Det. Bradley Duncan, the lead investigator on the case, along with Det. Tammy Reagan and Sgt. Chris Cardwell, went to Keck’s residence to process the scene for evidence and any clues that might lead to the identification of the female suspect, the release states.

As of Tuesday afternoon Gilbert had not been apprehended.

Gilbert has brown eyes, brown shoulder-length hair, is 5 feet 8 inches tall and weighs 174 pounds, according to the CCSO. He also has tattoos on both arms.

“Gilbert is considered armed and dangerous,” the release states.