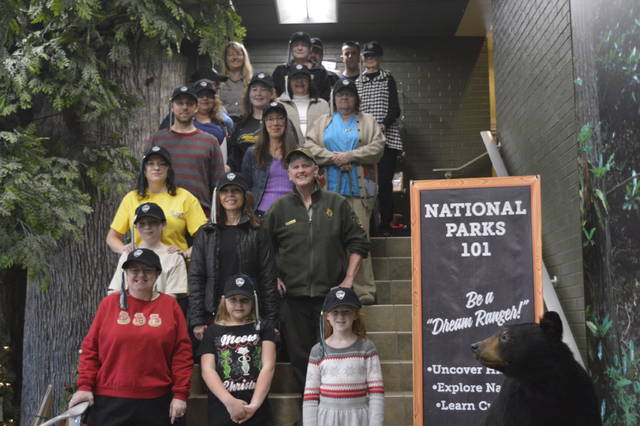 After an abundance of hard work throughout the past year, several aspiring park rangers finally had the opportunity to see their dream become a reality recently, as Cumberland Gap National Historical Park held its “Become a Dream Ranger” graduation ceremony.

“Daily visitors regularly share with us how they’ve always wanted to be a park ranger. The program offered them the opportunity to truly fulfill this goal,” said Park Ranger Pam Eddy.

The year 2016 marked the 100th anniversary of the National Park Service, and where the national parks would go from there was up to each and every ranger throughout the country, as well as the citizens and their own dedication to the parks. In consideration of this, Cumberland Gap National Historical Park decided to kick off its 101st year with something completely unique which would benefit both the future of the park as well and its many loyal visitors. Thus, the National Parks 101: Dream Ranger Series was developed.

“My husband and I enjoyed the Dream Ranger program very much. The rangers at Cumberland Gap do a great job of welcoming visitors and making them feel at home while sharing a wealth of knowledge about the area’s history, nature and culture,” said Sherry Browning.

Sherry, along with her husband Paul Browning, make an effort to attend each program offered by the park, and were very eager to jump on board upon hearing of the Dream Ranger Series. For many like the Brownings, the program served as a way to achieve a goal they’ve been reaching toward for quite some time.

Around 90 visitors, ranging from near and far away and of various ages, signed up to be a part of the experience. These rangers in training were then put to the ultimate test, as they were introduced to several programs which helped better their understanding of the park and what it truly means to be a protector of the land.

The program consisted of three different segments: “Uncover Centuries of Hidden History,” “Explore the Mysteries of Nature” and “Learn a Mountain Culture Pioneer Skill,” and also featured several adventurous field trips hosted by the park. Those credited with completing each segment were eligible to be a part of the graduation ceremony on Saturday, therefore becoming official park rangers entrusted to help protect the land.

“The graduation ceremony was very important, as it inducted the Dream Rangers into the rank of helping protect these amazing places, their stories and our collective heritage for the next 100 years,” said Eddy.

Several old photographs were displayed during the ceremony to illustrate where the National Park Service has been and where it plans to go in the future with the help of these dedicated, passionate new rangers.

While the Dream Ranger program has concluded for the year, there are still several other opportunities and paths one may take to become a park ranger. Unique programs are offered at all of the more than 400 units throughout the national parks. Those wishing to pursue any of these programs are encouraged to first find the right park for them, then get to know the park of their choosing.

“Cumberland Gap is more than just a park to us; we consider it home,” said Sherry. “Americans are truly blessed to have these special areas preserved by the National Park Service for all to enjoy.”