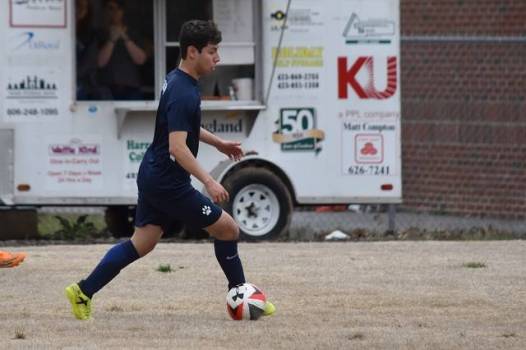 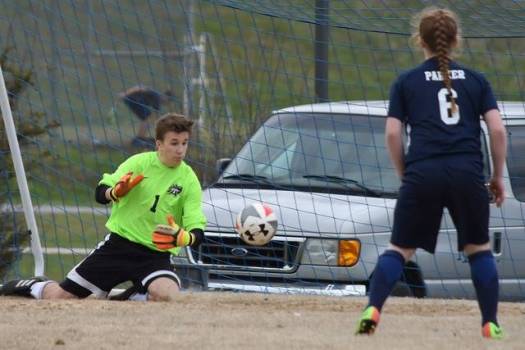 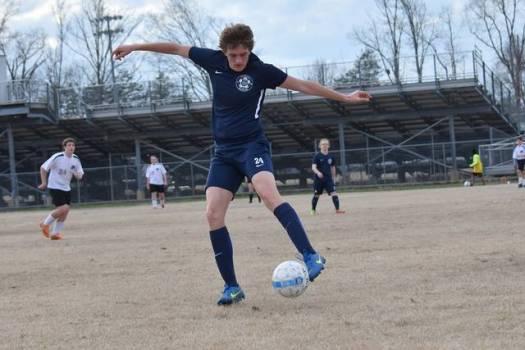 <p>Allen Earl | Claiborne Progress</p> <p>Grayson Howard played one of his best all around games for CHS and was named player of the game.</p>

The Claiborne High School boy’s soccer team hosted the Knights of J. Frank White Academy March 19 and both teams were trying to get the game in, which was being threatened by inclement weather just hours away.

Tyler Napier kicked in Claiborne’s fourth goal of the contest just before the half ended. A few minutes into the second half Salgado kicked in his hat trick goal and the Bulldogs’ fourth goal. Soon after, Howard took an assist from Salgado and kicked in the Bulldog’s fifth and final goal.

“We played better and had better touches and efforts. I’m pleased at how we played today,” said Claiborne coach Jason Mustard.

“This is a big week for us as we will play Grainger and Cumberland Gap.”

The Knights didn’t get a goal on this night but they had several good looks at the net behind the play of Alan Luc and overall played well for their first time out.