Corey Russell to be inducted into the SAC Hall of Fame 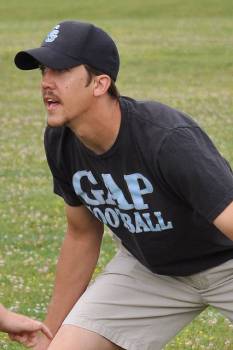 <p>Photos by Allen Earl | Claiborne Progress</p> <p>Corey Russell watches a young player do a drill during his 2015 Panthers football camp.</p> 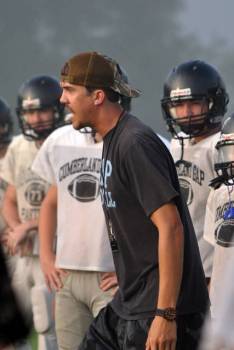 <p>Corey Russell pumps up his Panthers during a pre-season practice.</p>

Corey Russell has been selected for induction into the South Atlantic Conference Hall of Fame. The ceremony will take place May 31 in Greenville, South Carolina.

Russell is a 2004 graduate of Cumberland Gap High School, and after playing football for the Powell Valley Indians / Cumberland Gap Panthers he continued playing with the Tusculum Pioneers on the collegiate level. He later returned home to Cumberland Gap and served as head football coach from 2013 to 2015.

Russell was an exceptional athlete as he broke several records and received national accolades for his play under center with Tusculum.

Success happened quickly upon entering his college career, Russell guided his team to three straight winning seasons and in 2008 he led them to their first ever SAC football championship and first ever NCAA Division II playoff appearance.

His 11,315 career total offensive yards ranks third in the SAC record book and are 27th-most in NCAA Division II history. He passed for 9,887 yards and rushed for 1,428 yards. Russell was part of 103 career touchdowns (82 passing, 21 rushing) which is the second most in Tusculum history and third in SAC history.

Other notable accolades include being named as 2008 Offensive Player of the Year for the both the SAC and the NCAA Super Region 2, Russell was an All-American and was a national finalist for the Harlon Hill Trophy. He was also selected to play in the 2009 Valero Cactus Bowl and both Tusculum and the SAC named him the Male Athlete of the Year in 2009.

Russell serves as a great example of how a young athlete can play the sport he or she loves and find success in spite of coming from a small community.