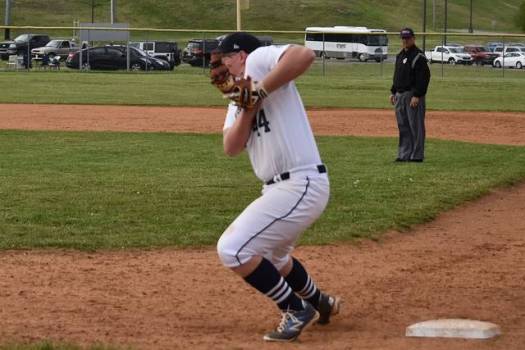 <p>Allen Earl | Claiborne Progress</p> <p>Gage Callebs was involved in a little controversy when he fielded this ball after it was ruled to be foul.</p> 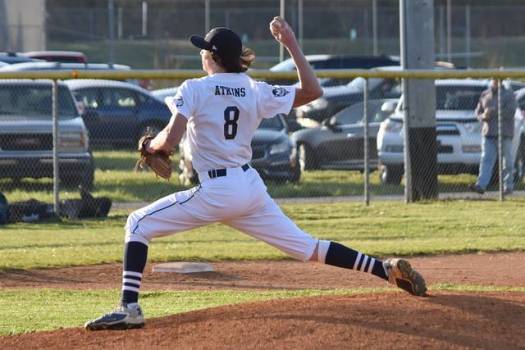 <p>Allen Earl | Claiborne Progress</p> <p>Daniel Atkins returned from a broken arm to get some time in on the mound.</p>

The Claiborne Bulldogs baseball team, undefeated in the district, welcomed the Greeneville Green Devils into town April 17. Greeneville has been one of the top two district teams for several years now and a win over them would have been huge for the program; however, Claiborne never got the big hit when they needed it the most. The Bulldogs had a couple costly throwing errors that allowed Greeneville to get a 16-6 win.

Greeneville started fast and had the Bulldogs behind in the first inning 4-0. Ryley Hager doubled and plated Ty Stone who reached on a single. Hadyn Hollin singled and scored Blaine Caylor running for Hager and then Jake Wilson tripled and scored Hollin to make the score 4-3.

Jon Werner singled in the bottom of the second and Gage Callebs had the bases loaded due to base on balls when he singled and scored two runs. The Bulldogs had took the lead for the first time at 5-4.

Greeneville took the benefit of a passed ball to tie the game and added three more to lead 8-5. The top of the fourth is the inning where it all went wrong as the Green Devils combined at the plate to run the score out to 14-5 in part to mistakes and throwing errors.

Hager had to leave the game and seek an X-ray due to injury to his hand in the fifth inning. The Bulldogs were only able to add one more run after that and Greeneville took home the 16-6 victory.

Claiborne made the trip to Greeneville the following evening and tried their best to avenge the loss by taking the Green Devils into extra innings only losing by one run, 5-4. It was a game where the Bulldogs out-hit the Devils 12-5 but somehow the Bulldogs were unable to close the game out. Still, the Bulldogs know they can now play with any team in the district and that’s a far cry from a two-win season just a few years back.