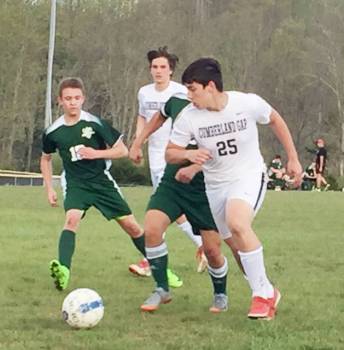 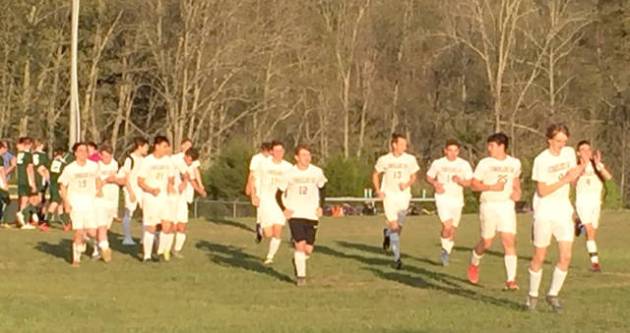 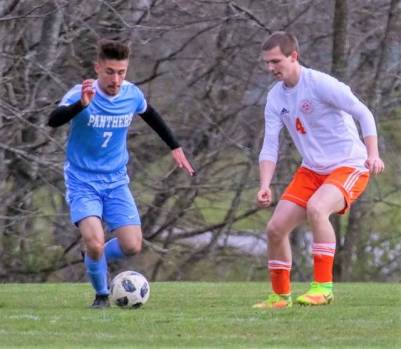 <p>Courtesy of The Independent Herald</p> <p>Jayson Upton, left, was named the MaxPreps Tennessee Player of the Week recently. Upton, pictured playing against Oneida, is a senior forward.</p>

The Cumberland Gap High School boy’s soccer team is wrapping up its regular season in style, with a win Friday over Rockwood High School. The win clinched the regular season district championship — the first for a Gap soccer program, either boy’s or girl’s.

The Panthers, who won 8-0 in a decisive match, were led in scoring by two players, senior Jayson Upton with four goals and sophomore Drew Ramsey with four.

They put six away in the first half and two in the second. Upton also contributed three assists, Kaleb Franklin made three and Nich Neverstitch added two assists. Merle Gilbert, Miles Cole and Anthony Palazzolo each contributed one assist.

Senior keeper Jacob Bullins made nine saves in the goal for the Panthers, while senior keeper Tyler Nelson closed the game out.

They are coached by Matt Neverstitch and assisted by Lorri Kimbrough.

“We are starting to peak and come together as a team,” said Coach Neverstitch.

Regular season district play concludes this week with scheduled and makeup games, then it’s on to the district tournament.