Cedric Brown signs to play baseball with the Wasps 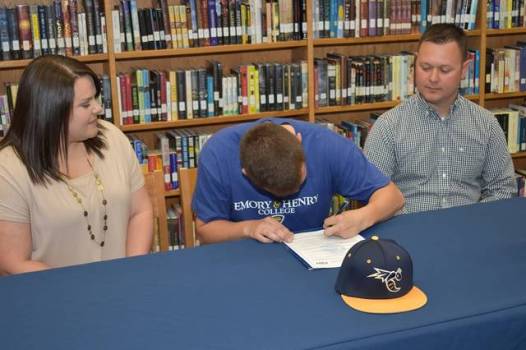 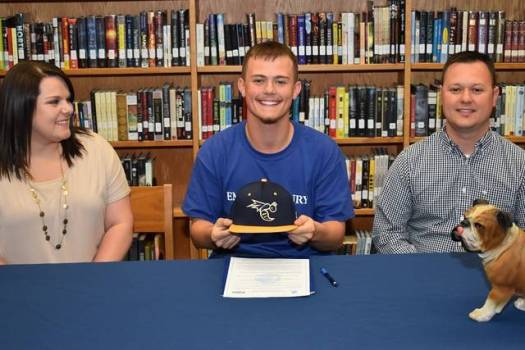 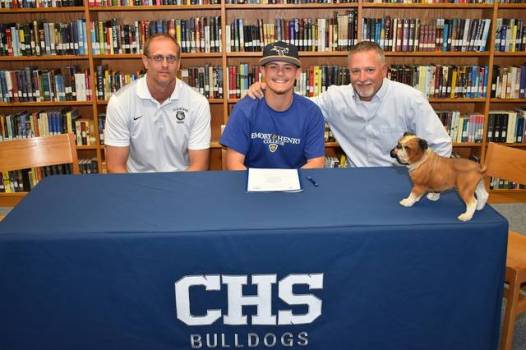 Cedric Brown met with family, friends, teammates, coaches and school administrators on May 3 in the Claiborne High School Library to sign his letter of intent to play baseball with Emory and Henry College in Virginia. When he signed the paper he went from a Bulldog to a Wasp and nothing pleased his parents Gary and Tasha Brown more.

When asked about how they felt they said, “It’s a good day. He has worked so hard to get to this moment. We had high aspirations for him but still we wasn’t sure he would get to this point so we are very proud of him and happy for him.”

When asked about his choice to become a Wasp they added, “It’s a great choice for him both academically and with baseball. We would like to thank CHS coach, Dr. Stephen Foster, because he grew immensely under his guidance.”

Foster said of his player, “I’m elated and this validates all of his hard work. I had a vision for Cedric the first year we began this journey and to see him reach this level shows his potential and the potential of our program. I think we will have many more sign with colleges and it’s a credit to the hard work of him and his teammates.”

Cedric spoke of his decision to attend Emory and Henry, “I saw an academically oriented place and one where I can play baseball at. I’m so glad I got this chance to play at the next level but it’s bittersweet not being able to continue playing with these guys.”

Cedric took a moment to thank a few people for helping reach this milestone including God, his parents, teammates and Foster.