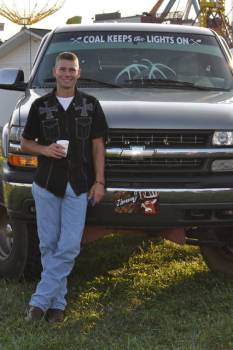 <p>Photos by Allen Earl | Claiborne Progress</p> <p>Jimmy Rose made an appearance at the 2013 Claiborne County Fair and signed several autographs for his newly found fans.</p> 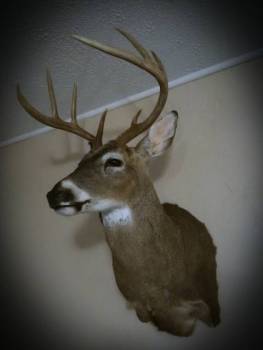 Jimmy Rose is a locally-known talent — you likely remember him as the “Coal Keeps the Lights On” singer from America’s Got Talent 2013 — but in reality he’s so much more. Rose admits that the stardom of being a country music artist still tempts him but for now he’s happy and feels blessed to be a husband, father and sportsman.

“I loved the experience of AGT but I found out that there’s an aspect that I never considered and thought much of, you know, like all the behind the scene things,” said Rose. “It’s hair, make up, promos and that kind of stuff that is a little difficult to deal with at times but looking back it was a great experience.”

Rose isn’t through with music but he is enjoying a little time away from it. “I still pick up the guitar and note pad but for the most part I only play for family and friends and I enjoy doing that,” he said.

When asked why he isn’t in Nashville under a music contract he said, “I was offered a few deals but they weren’t good ones. I am not going to give up 80 percent of myself just to sign. I came really close to signing a great deal with Capitol Records but we just couldn’t close it out. I am still open to signing but it would have to be the right deal.”

Rose says that as if trying to convince himself, because being happy now seems to be all about having his family by his side. With his musical talents on pause, Rose needed to find a means of producing income and he only had to fall back on what he enjoyed before AGT — and that is being a sportsman and turning his hobby into a new career.

Rose said, “When you grew up here it was hunting, fishing and going underground in the mines. That’s just what we did. I love the outdoors and still do. There’s nothing like taking the wife and the kids to the woods or water.”

Rose also likes to run a trap line, which is sometimes looked down on these days, but it has been the way of many mountain men for years and years. He is strong enough to defend his position against attacks from people who disagree with his lifestyle. He and his wife Heather now operate Rose Taxidermy in Middlesboro, Kentucky, and they are putting out a lot of quality products including deer, elk, turkey, bear, coyote, boar, squirrel, fish and other mounts for sportsmen and sportswomen to enjoy. They offer affordable quality and have a great turnaround time. The numbers of pelts and deer heads that adorn the walls of his Middlesboro shop stand as a testament of the quality that the shop produces.

Jimmy Rose has made it full circle from the Kentucky coal mines; writing a song that focused on the hardships of coal mining families to returning to the life of being a sportsman with his family alongside.

His current life is slower than during the days of AGT, during which he attended dinner with Howie Mandell, Howard Stern and the rest of the judges who all wanted to know if he “talked like that all the time.” He still gets recognized by local fans and he laughs about taking the awkward fan photo while holding a pack of toilet paper when he shops.

Rose is a sportsman through and through and it’s evident that being with his family is what he wants to do now.

Don’t expect his guitar to go silent forever, though, because the fire to create music is still there — it’s smothered out slightly now by the love for his family.