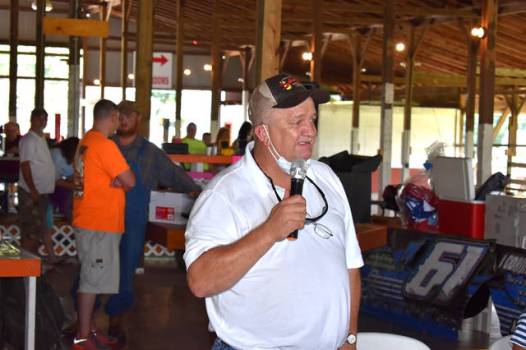 <p>Allen Earl | Claiborne Progress</p> <p>Danny Sexton thanked all of his friends and even said the event prayer during the Dirt Cars for Danny Car Show and Fundraiser.</p> 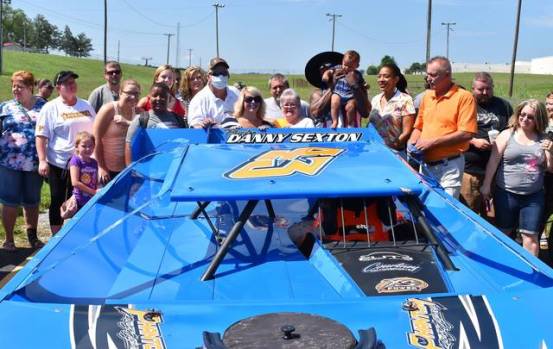 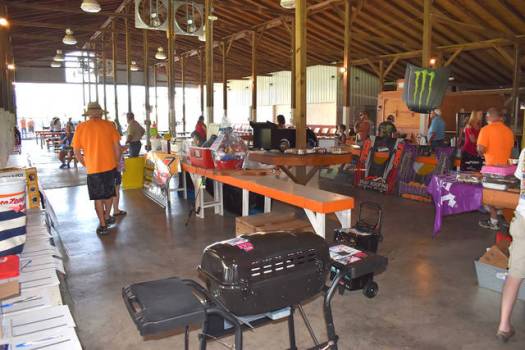 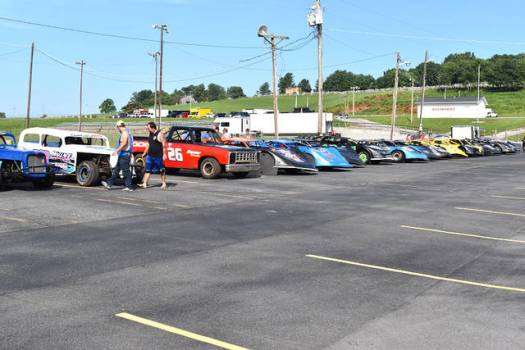 <p>Allen Earl | Claiborne Progress</p> <p>Here are a few dirt cars that were on display at the event.</p>

The racing community gathered Saturday at the Claiborne County Fairgrounds to help out one of their family members. Danny Sexton is the one at Tazewell Speedway who starts the evening off with prayers at the driver’s meeting. He recently had a bout with a severe illness and, although he is improving greatly, doctors are still fighting for some answers.

To help with the medical costs. the racing community rallied around the family and put on the Dirt Cars for Danny Car Show and Fundraiser. Several drivers brought their racing machines for display and many fans donated items.

Signed race car parts were the rage as door panels, hoods and quarter panels came up for auction one after the other. In addition to the many items going through the regular auction, there was a silent auction with various items from generous people and store owners.

Some items came from as far as Richard Childress Racing and included a quarter panel from the No. 3 car Austin Dillon currently drives. Childress also sent a signed bottle of wine from his vineyard.

Hundreds of people visited the event and spoke with Sexton throughout the day. As they fought through tears, Connie and Danny Sexton were very appreciative of the response.

“I absolutely knew that the drivers would turn out, but what I didn’t know was how many people would be here, how many fans and how many people that don’t even like racing would show up,” said Sexton. “My mom, sister and family are here, and they are just amazed at how we take care of each other in the south.”

The event was a huge success and several dollars were raised, but more importantly was the visual to the Sexton Family and others that the fight against a serious illness is no longer an individual one. More and more our local community rallies to the needs of others, and the racing family is no exception.

“I am just so blessed to have so many friends praying for me and I’m just overwhelmed at the turnout today,” said Sexton.

There were three people responsible for the event more than others. They include Matthew Holt, Shanna McKnight and Wesley Womack. They would like to say a thank you to all the drivers, fans and anyone who came by or donated to the cause.