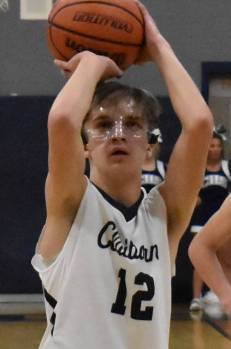 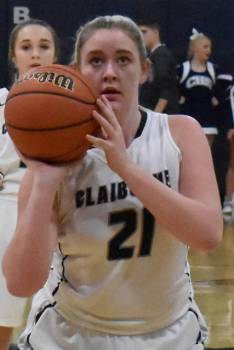 Claiborne High School basketball had their toughest week to date with games against Grainger County and Greeneville.

Grainger is still one of the premiere basketball programs in the district and proved it by getting wins in both the boys and girls games.

Lauren Longmire scored 15 points and led the Lady Grizzlies to a 58-29 victory over the Lady Bulldogs on January 8. Emma Beason led CHS with 10 points, Gracie Ray had six points all during the final period, Kelsy Munsey had five, and Sarah Fultz had four. Kaylee Cox finished with three while Macie Sumner rounded out the total with a single point.

The Lady Bulldogs moved on to play Greeneville on January 11, and the Lady Green Devils won 60-32. Leah Fillers scored 20 to lead her team to victory. CHS didn’t have anyone in double figures but did have two scoring seven points each, Kelsy Munsey and Kaylee Cox.

The Bulldogs boys competed well at Grainger County for two periods before losing touch with the Grizzlies during the second half. The final score of this contest was 87-60. Brady Grubb led Grainger with 16 points.

Christian Whiteaker and Kade Beeler led the Bulldogs with 12 points each. Ethan Poore stepped up big and dropped in 10. Jacob Williams and Isaac Thomas both had seven, Lucas Manning scored five, Hunter Holt had four, and Blaine Caylor finished with five.

During the Greeneville game, the Bulldogs looked strong during the first period. Unfortunately, the game started slipping away in the second.

Kaleb Crumbley scored 21 to lead the Green Devils to a convincing 96-57 victory. Claiborne was led by Kade Beeler with 11. Christian Whiteaker and Daniel Atkins both had nine.

Lucas Manning and Blaine Caylor each dropped in eight, Hunter Holt had five, Jacob Williams had three and Braden Williams along with Ethan Poore finished with two points. Both teams are struggling to put a complete game together against the top teams in the district, but it’s the coaches hope that they will learn and improve before tournament time.