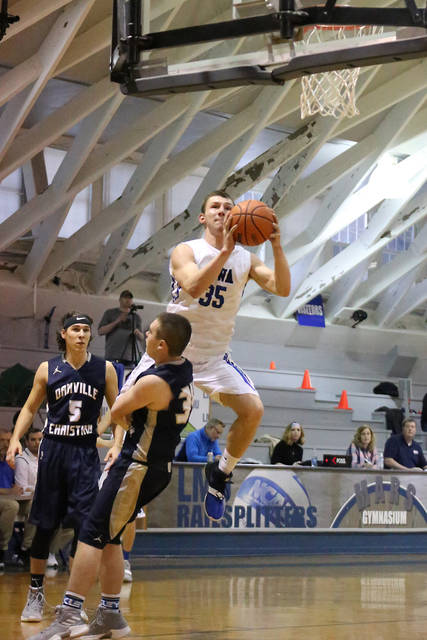 Houston Hatfield goes to the rim against Danville Christian Academy

The J. Frank White Academy boys’ basketball team is having one of its best seasons — if not the best — ever. The team began the season with an 18-3 record, which was the best start in school history.

The Knights also competed in the Chris Lindsay Holiday Classic against Mt. Pisgah, First Baptist Academy and Berean Christian — and also finished as champions. In addition, the team won the David Feedback Classic and had wins over Burgin and Walden.

“This team has really come together and placed a value on team chemistry,” said Knights Head Coach Cory Cheek. “They trust and play hard for each other. We’ve improved as a team by realizing who we are, what our strengths are, and playing our style of game, night in and night out. I’m proud of my guys and what they have been able to accomplish so far and if they continue to work hard and buy in, we can continue this historic season.

The Knights are making big strides forward this season and hope to end it strong with a good post-season showing.