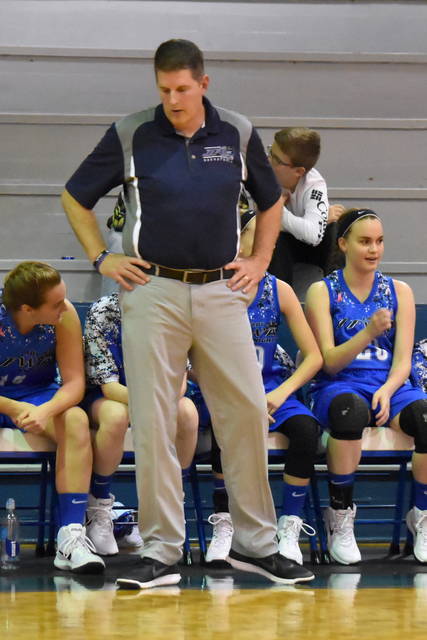 J. Frank White Academy’s Lady Knights are still perfect as of Jan. 30, having won 22 games to start the season. The Lady Knights are one of only four undefeated teams left in Tennessee, according to their Head Coach Dan Piercy.

The Lady Knights are 40-2 in their last 42 games, with a post-season NACA national championship.

“This is a huge accomplishment since we only have seven varsity players and zero seniors,” Piercy said. “Six of our seven players are getting looks from colleges from the junior college ranks to Division 1.”

Some of what the Lady Knights are doing is impressive, and Coach Piercy wanted to give them credit,

“They have been averaging right at 60 points per game and holding their opponents to 28 points per game, and our defensive stats are some of the best in the Tri-State,” he said. “Kyla Piercy is leading the team in steals with 7.5, Kinsee Lefevers is number two in steals with 6 per game. Abigail Garner is averaging almost 9 blocks per game (and) our number two shot blocker is Beraya Piercy, with 4.5 per game. Presley Cole is just a great all-around defender and has 4.5 steals per game and averages 2.5 block shots. Anna Posey also averages 2.5 steals and 2 blocks per game. Beraya Piercy is averaging 12.5 rebounds per game, and Abigail Garner has 6.5 per game. Haylea Helton is averaging 4.”

The Lady Knights are making an historic run this season and one that is among the best of any of Claiborne County high school programs.