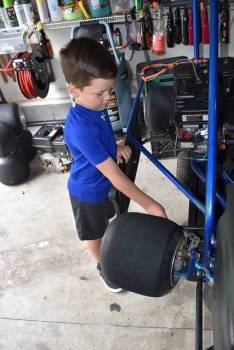 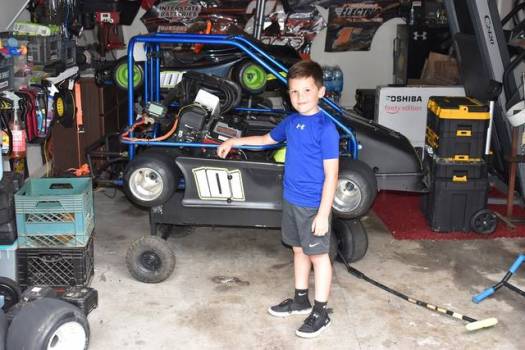 <p>Allen Earl | Claiborne Progress</p> <p>Ayden stands next to his self chosen number 101 because it looked good.</p> 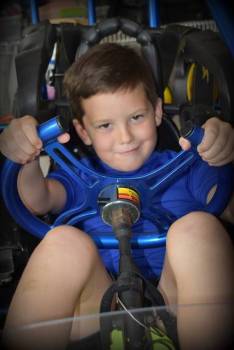 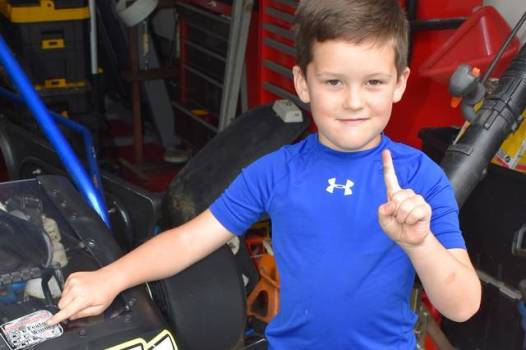 Ayden Weaver is a young, but winning, seven-year-old kart driver from Tazewell. Weaver is the son of Jonathan and Lauren Weaver, and he has one sister Averie. Averie tried her luck in a kart once and decided to simply eat nachos and take photos while at the race track.

Her brother Ayden on the other hand is all about racing. He and his father went to Tazewell Speedway, and the speed bug bit him hard; he was hooked and wanted to try. Apprehensive at first, his parents gave him the shot and he proved to them that he had the talent and true love for the sport.

He has entered around a dozen races in his short two-year career and already has two wins with more on the horizon. He captured a win in 2018 and another one a couple weeks ago at the historic Asheway Speedway. Points racing is his focus now but it’s honestly still second to going as fast as he can while winning.

Several people have stepped up to help him including his parents, Tyler Brock, Anthony “Tater” and Thomas “T” Petty and of course his sister.

He’s a huge Jimmy “The Nightmare” Owens fan and wants to one day slip in the seat of his own late model. “I can see myself in a few years in a dirt late model just like Jimmy,” said Ayden.

When asked what advice he would give to young drivers Ayden said, “Don’t be scared.”

Ayden doesn’t seem at all scared because after every race he comes in and begs his parents to put in the big motor. He already knows the value of horsepower and how to give feedback to his crew after the race is over. He has a feel for racing that many wished they had.

Once, Ayden came off the track and talked about how his kart was handling and let a curse word slip out. His parents asked him why he said that and he replied, “I learned from David Clark that it’s okay to cuss at the race track.” Both parents just had to laugh.

He has a few sponsors including his parents, The Sign Center, Hounshell Landscaping and Engines by Petty.

Ayden would like to thank a few people, “I want to thank mommy and daddy, Tater, Mike Beeler, Byron Ament and Tyler Brock”

He’s a hands-on driver that will wash the tires through the week and help make sure the nuts and bolts are tight and the trailer is loaded for the weekend races.

Ayden chose number 101 because he liked the look of it on his Eclipse chassis champ kart, and he is especially fond of the winner’s sticker on the nose. It’s a good thing he has more room for those stickers because this driver will need it as more victory stickers are just around the bend.

Young Weaver says it best, “I just love to go fast.” He has many more wrenches to turn and dreams to chase.