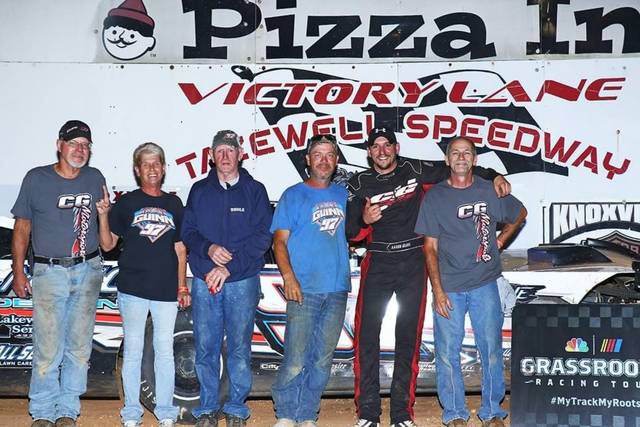 Fans of Tazewell Speedway came away thinking that they had seen some of the best racing of the season following the Aug. 24 regular racing program. Jason Trammel was able to outrun Jordon Horton and Brian Shockley to get the win in Limited. Aaron Guinn won the Sportsman feature, David Clark won the Modified Street feature, Donovan Long won in Street Stock, Hayston Collett won in Classic Car and Rufus Collett won the Four Cylinder feature.

Below is a list of the top three finishers in each class: