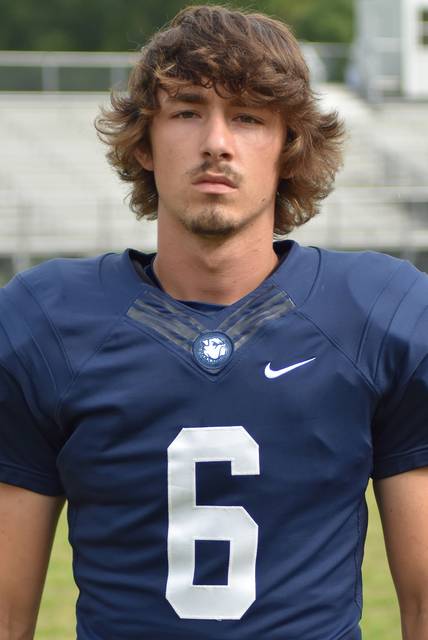 The Black Knights from Chuckey-Doak High School came into Claiborne County looking for their fifth overall win of the 2019 football season. The Bulldogs have been trying to get healthy, and each time they make a step forward they roll backward.

The game started while a beautiful Oct. 18 sunset fell around the Bulldog field. Claiborne needed to turn the Knights over several times to slow down their offense.

During the first quarter, the Knights quickly got on the board and scored three times before the quarter ended. The Bulldog offense was ineffective at this point in the game.

Leading 21-0, Chuckey-Doak scored again. This score was only seconds into the second quarter. The Bulldogs were still struggling to get anything going as they tried to cut into the 35-0 score.

Eli Stone hit Haydn Hollin for the Bulldogs first score of the game. After the conversion was ran in by Greg Goins, CHS was behind 35-8.

The Black Knights responded with another score and pushed their advantage back out 34 points at 42-8. During the final seconds of the opening half, the Knights found the end zone once again and led at the half 49-8.

Coming out of the break, it was the Black Knights that kept placing points on the board. By the end of the third quarter, they led 56-8. Claiborne scored again with Jimmy Del Ervin and Goins completing the two-point conversion, but for the Bulldogs it wasn’t enough and the game ended with the visiting Knights loading the buses with their sixth win by the final score of 62-16.

Bulldogs head coach Nathan Medlin had this to say after the game, “We sat six starters for attendance and grades trying to teach a lesson. That is more important than wins and losses. We drove down on the first drive on offense to the one-yard line and had a penalty and couldn’t get it in. We had three new players on o-line, so we struggled on offense most of the night. Same story on defense; gave up easy scores when first time players didn’t do exactly what they were supposed to.”

The Bulldogs travel to battle a hot Panthers team Oct. 25 that have won their last three in a row and are looking to extend their winning streak over Claiborne.