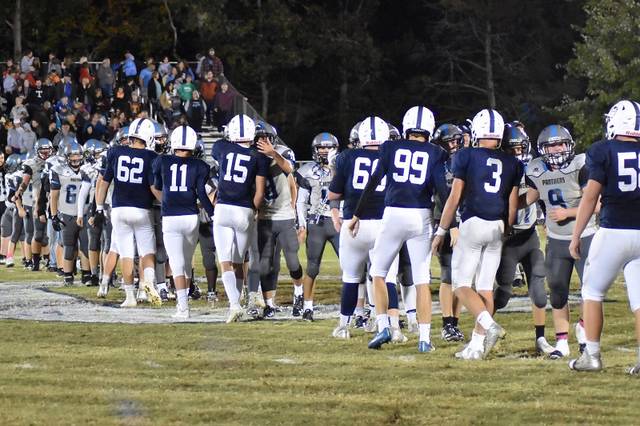 Since DeLynn Cline took over, the Panthers program, they have seemingly had the Bulldogs number. They have been able to both pass and run in route to a 2017 victory (26-20) and a 2018 victory by the final score of 14-7.

Before that turnaround, Claiborne owned the series and won nine games in a row. It was the longest streak ever between the two long-time rivals with the next to longest streak being four games.

Taking a look at the 2019 match-up, let’s start with offense. The Cumberland Gap offense has less injuries than Claiborne, so the nod will have to go to the Panthers.

The offensive line comparison is close, but the Panthers can establish the run a little more easily than Claiborne. But, the Bulldogs have a slight edge when it comes to the passing game. The Panthers will need to establish the run and keep the Bulldogs passing attack on the bench. Both quarterbacks are great leaders and can both run or pass depending on the situation.

Defensively, the Bulldogs secondary might have the slight edge but again it’s close. Linebackers would have went to Claiborne but injuries to key players give the slight edge to the Panthers. Defensive line is a close comparison too.

Special teams are even. The Bulldogs are a little more consistent in making point after and two-point conversions, but the edge in kick and punt return game has to go to the Panthers.

One thing is for certain, the game will be a fun one to watch and right at this moment the Panthers are playing better than any time this season and Claiborne has slipped a bit over the last two games. This game will depend on effort as it always does. The team that doesn’t turn the ball over and wants to win the most will get to celebrate with their fans.

In summary, prepare for another game of football that only rivals can provide. Kickoff is tentatively scheduled for 7:30 p.m. Friday night with a 50 percent chance of a rain shower forecasted.