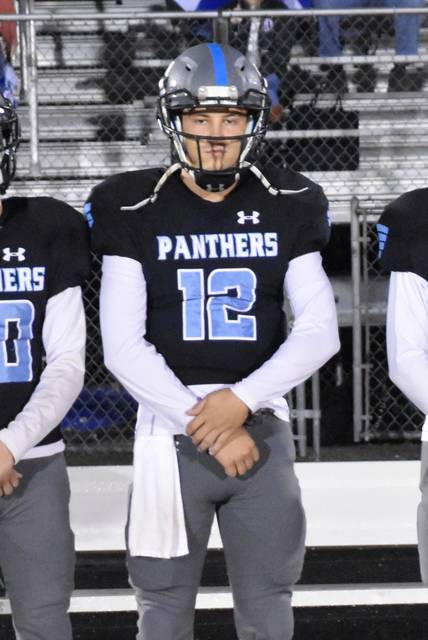 Panthers QB Caden Brunsma hit Holdin McDaniel for their only score of the game.

Cumberland Gap High School loaded its Panthers and traveled to Rockwood for their final regular season football game of 2019.

The Panthers are assured one more game after securing a spot in the playoffs a few games back. Cold weather finally came to East Tennessee and the players would have to battle cold conditions with a wet field Nov. 1.

The Tigers were 5-5 on the season and Cumberland Gap knew they would have their hands full. Rockwood scored first and led 6-0, but the Panthers quickly responded and took a 7-6 lead on a Caden Brunsma pass to Holdin McDaniel. The lead was short lived, and Rockwood never looked back.

They controlled the momentum all through the first half and led 28-7 at the half. The Tigers added seven points during the second half to win their sixth game of the season by a final score of 35-7.

Cumberland Gap dropped their record to 4-6 but will play Nov. 8 traveling to Hampton to face the 8-2 Bulldogs. It will be a big task for the Panthers, but at the same time playoff experience is great for the athletes — especially the ones that will be returning for the 2020-2021 season.