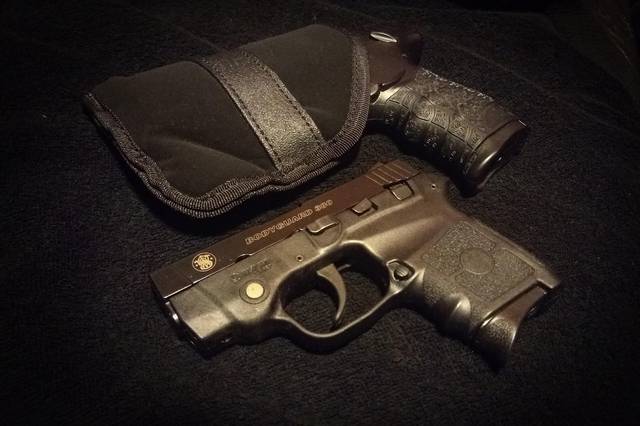 Option one is the standard carry permit, now called Enhanced, which allows users to carry concealed and open carry upon completion of a state mandated class and range time. The class portion of this type of permit takes four hours as mandated by the state. The topics covered are also state mandated and include types of handguns, general gun safety, laws about what locations are off limit, reciprocity (what other states honor the Tennessee permit), transportation methods and more.

Also required is range time to show the instructor that you are physically able and competent to carry a firearm. Range safety is essential, and the instructor will tell you every step of the range process. After the fingerprint process and background check he or she will then go to the state department of motor vehicles to complete the application process and days later will receive their actual permit in the mail.

The cost breakdown is $80 for the class and $300 for the lifetime handgun permit or $100 for eight years. This type of permit is called the Enhanced Carry Permit and will be the one that features the most reciprocity between the states.

The second option is called Concealed-Only and it will be the easiest permit type to get but will not feature as much reciprocity and will not allow the holder to open carry. The firearm must be concealed at all times and although not in Tennessee yet, some states even have fines if the user allows the handgun to be seen or even outlined in his or her clothing.

It requires less class time to acquire and does not require mandated range time but most instructors say that this one aspect that should be reconsidered. Some in-class instruction can be done online without physically ever attending a class. The option is yours.

Local instructor Kevin Creech had this to say about the Concealed-Only permit, “I compare it to a driver’s license. A right and a privilege that we all have and exercise and with it as well, there comes an awesome responsibility. Even a driver’s permit test is done online but to safely drive a person has to show they can operate a motor vehicle safely and securely. This being done by an actual road test. A firearm is no different in the same context.”

The cost of the Concealed-Only permit is $65 and will be valid for five years. The choice is yours but consider all the options and don’t immediately pass over the Enhanced Permit and the extra benefit of actual range time especially to younger applicants or those just learning. As always, be sure to refer to tn.gov website for official laws and regulations.