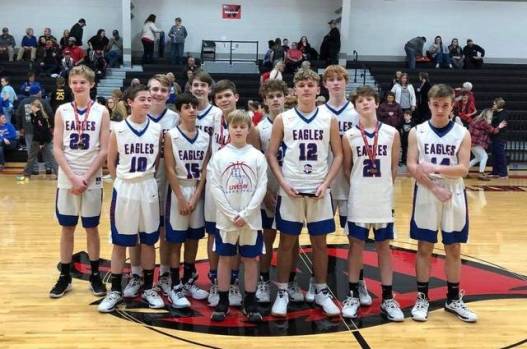 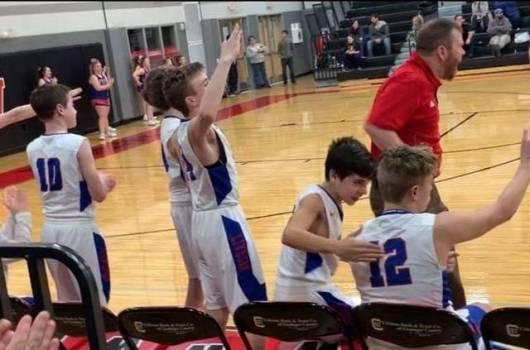 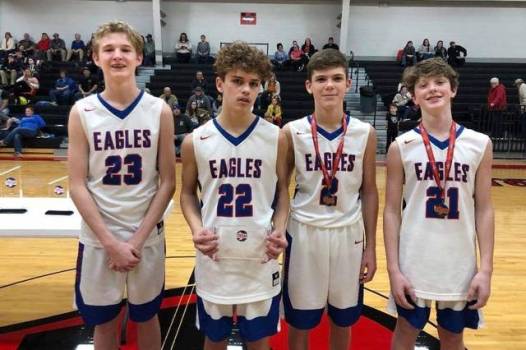 The Eagles of H.Y. Livesay travelled to Washburn, Jan. 28, to compete in the district championship. Their opponent was the Hancock County Middle School Indians, and the Eagles put on a great performance.

Evan Thomas got the Eagles going with a five-point second period performance to help his team lead at the half, 23-17. Coming out of the break, Hyrum Hinckley started shooting the ball well and dropped in eight points. Braden Painter made his impact during the fourth period and hit six of his 12 points.

Lane Bunch had to score his points from the free-throw line. He had no problem in the final period and dropped in three points. Gavin Owens rounded out the Eagles’ point total of 44 with two points. The Livesay defense played well and allowed the Indians only 28 points.

The Eagles had the Most Valuable Player in Hinckley and had three more selected to the All-Tournament team: Evan Thomas, Braden Painter and Lane Bunch.

They continued their season by playing Feb. 1 at Harriman High School against Mountain View Middle School in the sectional tournament.