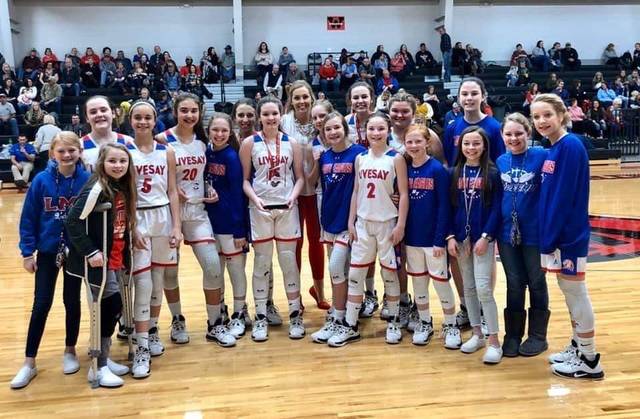 They played on the road, Jan. 28, against Washburn and came away with the victory by the final score of 28-15.

Hayden Beeler was instrumental in the win by leading the Lady Eagles with 10 points. Gracie Nash finished with seven points including two big free throws in the final period. Kaylee Irvin and Callie Hoskins both had four points, Ashlynn Roberts had two and Brinkley Hollin rounded out the scoring with a single point.

The Lady Eagles’ 11-point second period was likely what propelled them to victory. The great defensive effort also limited their opponent to five points or less during each period.

The Most Valuable Player was Hayden Beeler and All-Tournament selections went to Callie Hoskins, Gracie Nash and Kaylee Irvin.

The Lady Eagles now moved on to play at Harriman High School versus Riceville in sectional action.