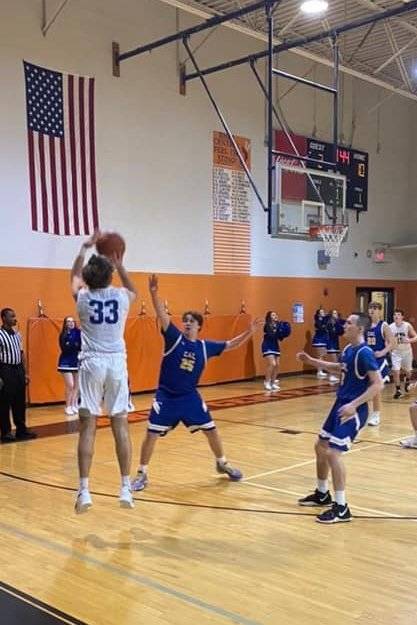 Tanner Brush recently scored 42 points in a single game for the J. Frank White Knights and now he has reached another huge milestone.

During a National Association of Christian Athletes Tournament game, March 6, Brush hit his 1,000th point as a Knight. It was a bittersweet milestone as his team did not achieve the ultimate goal of a 2020 NACA Championship.

When asked about how he felt when the ball ripped through the netting Brush said this, “My coach actually told me after the game. I had on clue that I would get it but when I found out it was an overwhelming feeling of joy. I just thought about how blessed I was. It wasn’t my main goal but it was definitely cool to reach it.”

The Knights would like to congratulate Tanner on reaching another milestone.

Photo provided by the Brush family.