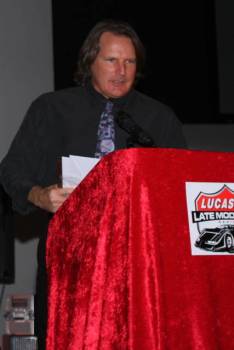 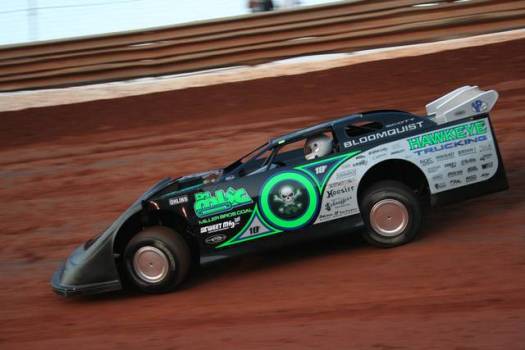 East Tennessee is home to some of the greatest dirt racing drivers in the world and none are arguably as famous as Scott Bloomquist.

Bloomquist was born Nov 14, 1963 in Iowa and he made his racing debut in Corona, California at age 17 driving none other than a dirt car with the sleek lines of a Corvette.

He chose the number 17 to adorn the side of his race car due to his age with the idea that each season he would change the number to his current age. That trend was easily broken the next season because he liked the number 18 and it remained on the car for years. Later on in his career Bloomquist switched to zero and Team Zero was formed and marketed heavily with great success.

It didn’t matter to fans what number he ran because he had built a tremendous fan base because of winning and winning a lot. Bloomquist has won almost every big race his sport has to offer including four World 100’s, 600 Victories, 9 National Championships, 8 Late Model Dreams and Victories at all other Crown Jewel events of the sport.

Bloomquist started making dirt late model chassis years ago and still has a hand in designing them today but his main focus is on winning races despite having a motorcycle accident that kept him out of racing for several weeks. Scott Bloomquist Racing is headquartered in Mooresburg, Tennessee and is always on the forefront of racing technology and it’s all due to the winning which began as a teenager. His success has already propelled him into the National Dirt Late Model Hall of Fame and he has even driven a truck for Kyle Busch Motorsports during the 2013 Mudsummer Classic, NASCAR Camping World Truck Series event at Eldora Speedway.

Much like Dale Earnhardt, race fans either love Bloomquist or do not but there is no escaping the fact that he is perhaps the best to ever pilot a dirt late model. Bloomquist has a local tie to Claiborne County as he was once sponsored by Reece Monuments of New Tazewell, Tennessee.