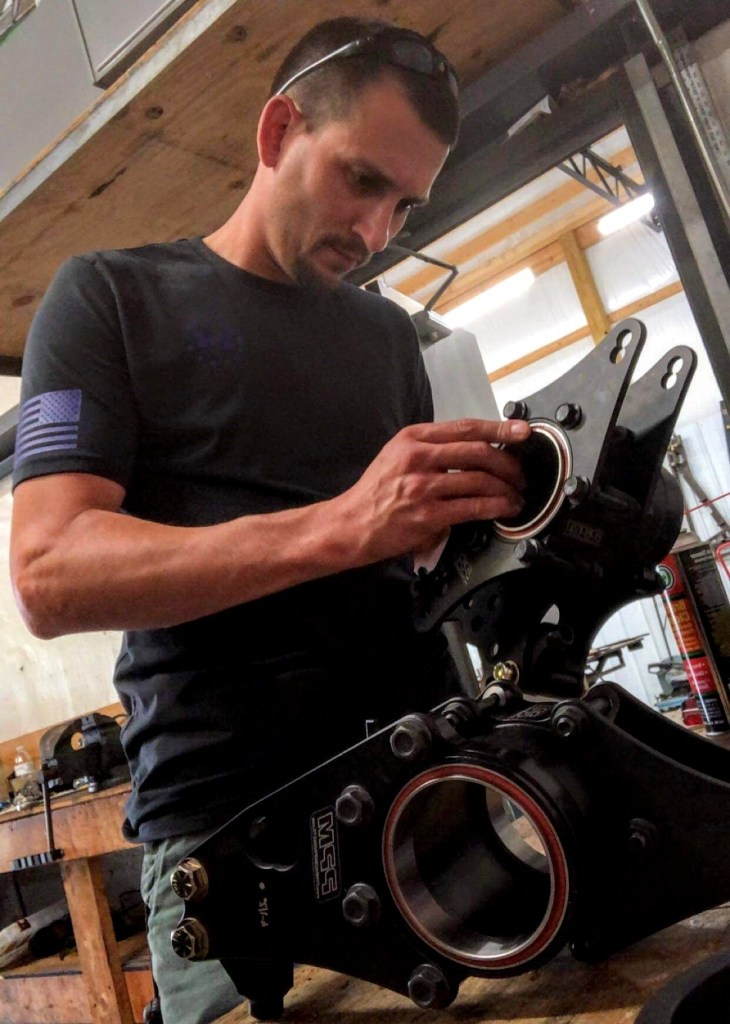 Aaron Guinn is the son of James and Karen Guinn. The family has been racing in some form or fashion since 1960. It was only natural that Aaron would keep turning wrenches and chasing dreams. He has a wife named Kayla and two kids Lawsyn and Nolan who are all big supporters of his racing.

He began racing karts at the age of 12 and stepped into full size cars in 2003. His first race was at Ashway Speedway in 1999 and he won that race.

Aaron spoke about getting into racing and the people who helped him, “My uncle Bo has helped me from day one turning wrenches on all my stuff and my family has been there supporting me as well.”

Guinn added, “I have lots of others that have helped or still are helping including Bo, Patches, Stick, Norm, Shaggy, Mom, Dad, Jennifer,  Don, Rick, Jacob, Joe and several family members and friends.”

When asked about that first big win he said this, “My first big check was winning the Charles Trammel Memorial, first Limited Late model feature and my favorite moment in racing is eight feature wins in a row in 2019.”

Guinn spoke about a moment with both good and bad memories, “I can’t forget the ACAS crate feature at Crossville in 2019. It was a $2,000 on the line race and I led the entire show after being wrecked on the first lap but I still finished 2nd on the last lap.”

Aaron has won an estimated 50 feature wins with half of those being late model features. When asked who he would like to thank he said, “I’d like to thank God, family, fans, and sponsors.

When giving advice to young drivers he said, “Stay focused on what you want to achieve, stay humble getting to those goals and after you achieve them and always work hard.”

His #97 is a tribute to his grandfather Pete Clonce. It was his number and he used it until he sadly passed away after a crash at Smoky Mountain.

Aaron has experienced the highs and lows of dirt racing; however, his love of the sport makes him continue to turn wrenches and chase dreams.