CYFC chooses not to play 2020 season 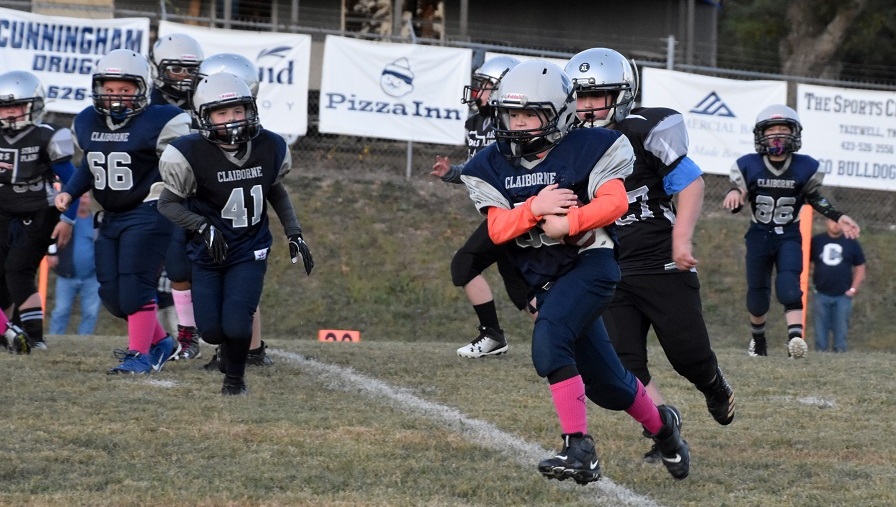 The Claiborne Youth Football League made the decision to not play the 2020 fall football season. Several issues came into play but the one thing put out in front of others was keeping the children safe.

Edwin Whitaker is serving as league president for his sixth consecutive year and along with the board they decided to not play this season. Several factors influenced this decision with COVID-19 looming over daily life.

The first thing Whitaker had to say was this, “Allen, I wanted to play this season. It was going to be my son’s final season in the league so I had every intention of somehow getting to play; however, we have to follow guidelines that the TSSAA set up and it was going to place a great burden on the parents.”

Some of the burdens included keeping daily records of everyone that is involved in things like practices, cheerleading and more. Temperatures must be taken daily and if anyone was confirmed to be infected the league must shut down and quarantine.

If anything got traced back to us everyone on that team would quarantine and the parents were concerned that they did not have the time off to go through that again. Many of the parents already spent their allotted time off for the first shut down and I can see that being a concern.”

Another thing the league considered is the financial aspect of purchasing personal protective equipment and thermometers for each football team and cheer teams plus all the hand sanitizing stations and record books.

Yet another issue that might arise is lack of teams to play as some leagues have already stated they were not playing or leaning towards that decision.

Whitaker also brought up the issue of insurance, “Our league carries insurance for all of our players and cheerleaders. It’s a secondary type to use if the player’s parents do not have insurance but it is an expense we have yearly. We didn’t want to spend that amount of money and something happen to cancel the season. It just didn’t make sense to us.”

Record keeping is an important part of playing sports today and Whitaker and the board didn’t want the league and parents to keep up with all the ever-changing guidelines, “We just didn’t want to put that on our coaches and parents. These regulations are changing daily, if not hourly in certain cases and we sure didn’t want anyone with a sick child or grandparent tracing it back to our league.”

The league tried to look at everything when coming to this decision and it was not taken lightly. It was a situation where it was best to refund the money and take a season off to ensure the safety of everyone and the well-being of the league itself.