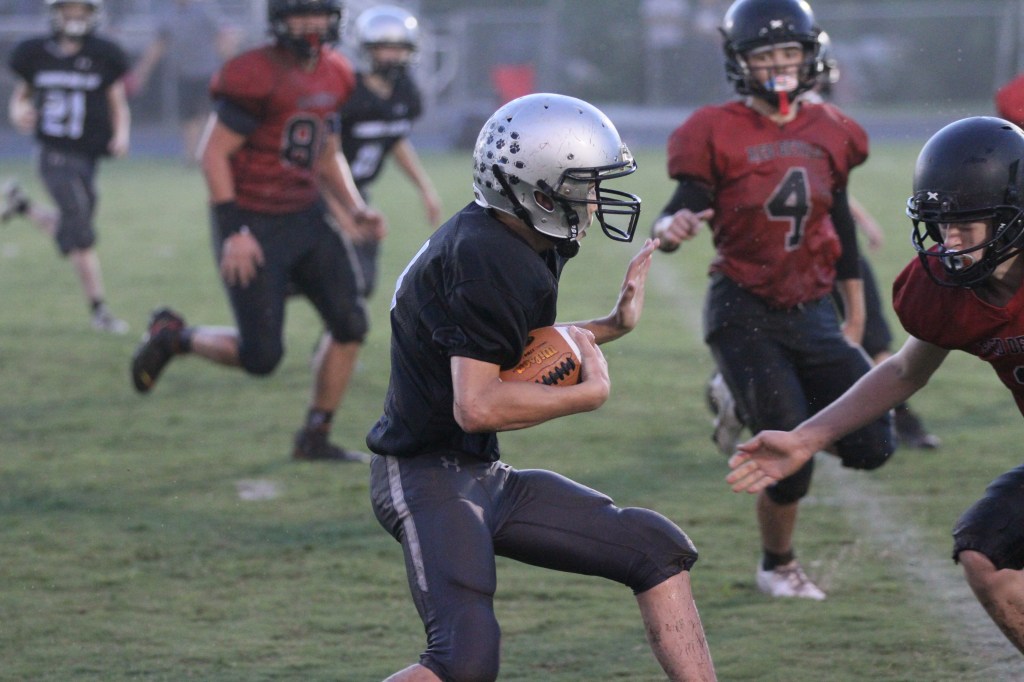 The Red Devils won the toss but it was the Panthers who scored first. Gavin Owens ran 30 yards for the first score of the game and the two point conversion was good making the score 8-0.

During the second quarter the score remained 8-0 until the Red Devils took a kick and returned it the distance for the touchdown. After the conversion the game was tied at eight and the first half ended the same.

When the second half began Owens hit Allen Brooks for a score via aerial attack covering 30 yards but the conversion failed, 14-8.

Owens and the Panthers got their final score at the 3:54 mark in the final quarter on an eight yard rush but again the conversion failed. The Panthers led 22-8 when Horace Maynard scored their final touch but the wet conditions made it difficult for the two point conversions and they too failed leaving the score 22-14.