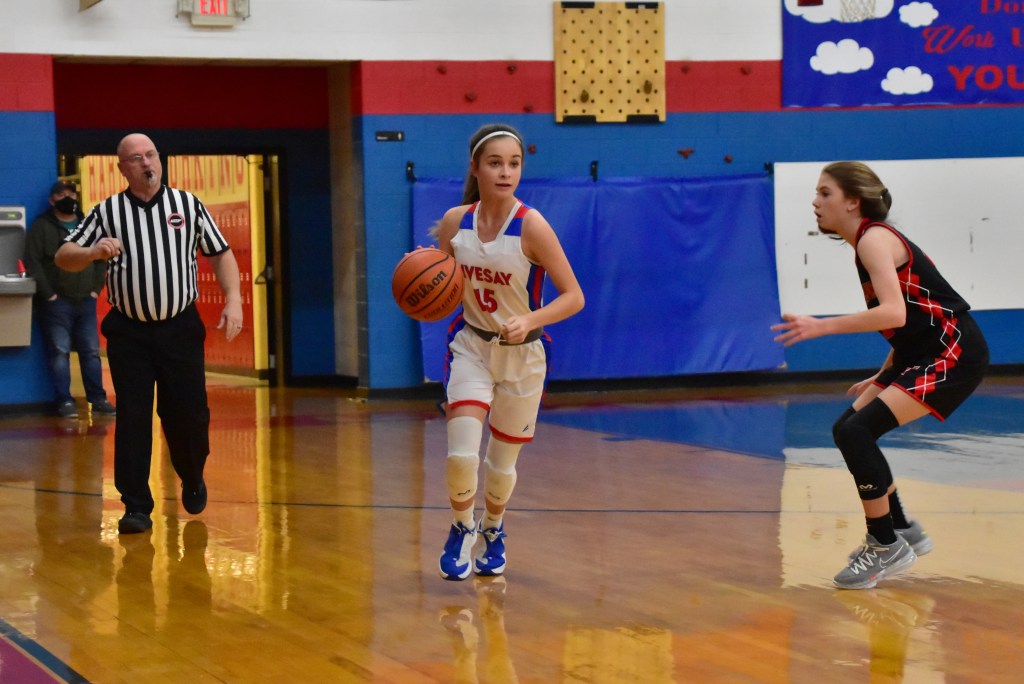 Brinkley Hollin led the Lady Eagles in scoring with 12

H.Y. Livesay and the Washburn Lady Pirates battled on the hardwood, January 7.

The Lady Eagles went on a 4-0 run before Washburn scored.

Livesay responded with another basket but Washburn kept working hard to beat the Lady Eagles press.

The Lady Eagles press gave them a few easy baskets in the paint and a few free throws that allowed them to extend their lead out to 12-5 at the end of one.

During the second, the Lady Pirates got into the one and one and started inching away at the Lady Eagle’s lead.

A three pointer got the Lady Pirates to within four points but H.Y. responded with two unanswered baskets.

Each time the visiting team made a run toward the lead the Lady Eagles shut it down and led at the half 24-16.

In between the first and second period school officials reminded the crowd to keep their masks on.

During the third, H.Y. tried to stay well out front but Washburn had it to a five point game. Defense to offense allowed the Lady Eagles back to back baskets and a nine point lead.

However, during the last minute of the third the Lady Eagles poured it on and led 37-21.

Livesay completed the performance with a big final period and won the game, 47-28.

Leading the Lady Eagles in scoring was Brinkley Hollin with 12 followed closely by Hayden Beeler with 11. Jenna Middleton and Callie Hoskins both had eight, Ashlynn Roberts had six. Addison Lucas rounded out the total with two points.

Saylor Clay was the scoring leader for the Lady Pirates and the game with 18.