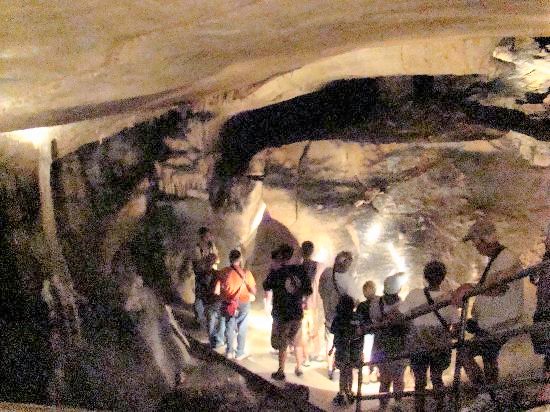 New music is being recorded about the Cumberland Gap region including a track about the Gap Cave.

The Claiborne County Commission has agreed to foot a slice of the estimated $10,000 pie in production costs to record regional music from the tri-state area. The commissioners unanimously adopted a resolution providing $1,600 to the effort while 12 Claiborne musicians continue to lay down tracks on the recording “Just off the Wilderness Road – Songs of the Cumberland Gap Region.”

According to county mayor Joe Brooks, Lee County, Virginia has already donated $1,600 to the production. Bell County, Kentucky is also being asked to contribute to the cause.

So far, some $6,500 has been secured through a grant and private donations.

“The money that’s generated from the CD sales is going to go right into advertising and supporting the Cumberland Gap region. I think this is a good thing. We all have ties in some way, shape, form or fashion to music in our region and I think it sends a good message that we can support the matching monies from surrounding counties of the Cumberland Gap region,” said Brooks, during the Claiborne Commission meeting.

Between the Trees Music, the company that is producing the recording, is in its final stages of recording the regional music. The extra funds will go toward completing studio time and pressing some 1,000 CDs.

A letter from the production company, dated Nov. 24, states that the recording will be a collection of new songs about the people, places and events of the Cumberland Gap region that is performed by regional musicians.

“Its purpose is to promote the musical arts, support the local musicians and to educate locals and visitors. Song topics include historical events, people and places that are components of the spirit of our area,” states the letter, in part.

The recording will include diverse material like the one track that speaks of the confederate soldier whose name is burned into the walls of the Gap Cave, located in Cumberland Gap.

Another track involves the death in Lee County of Daniel Boone’s eldest son.

Bryan Turner is also in charge of studio session recording and mixing.

The production company plans to provide educational performances, depending on continuing COVID-19 concerns and funding. Sales of the CD will be heavily promoted on social media. Proceeds will benefit involved local community organizations.