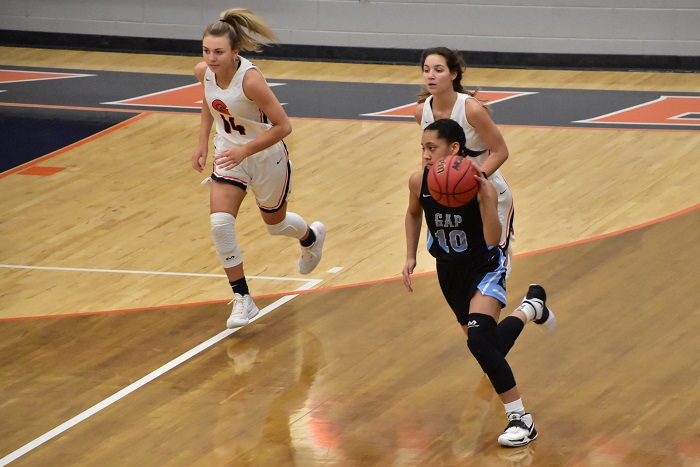 Glover runs the floor on a fast break

The Lady Panthers junior varsity girls team opened up the first of three games between the two schools, January 12. They played hard but fell 67-36.

Cumberland Gap found out very quickly that they could play on the same floor as the Lady Grizzlies. In fact, the Gap played strong in the first period behind Emry Glover who dropped in nine points. After the first period the score was 13-20 with the home team holding the lead.

The game was tight during the second but a surge allowed the Lady Grizz to pull ahead and lead 40-21. Glover had 12 points at the half.

During the third, Grainger outscored the Gap 17-8 and 10-7 during the final period to win the contest by the final score of 67-36.

Maddie Hurst was the key to a Lady Grizzlies victory as she dropped in a game leading 21.