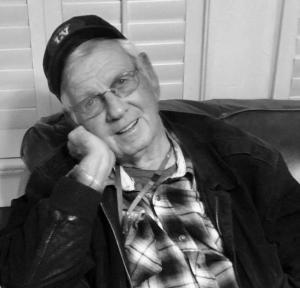 was pre-deceased by his wife, Jannet Edwards; his father, C. Lewis Edwards; mother, Hattie Bell Edwards; sister, Wilma Jean Edwards-Overbey; younger brothers, Roger “Cot” Edwards and Willis Edwards.
Bill was born and raised in in Speedwell, TN. He then moved to the Hampton Roads area in Virginia after high school to join the NN Shipyard Apprentice School. There he met his wife of almost 50 years when he was attending the apprentice school in Virginia. He worked 42 years in the Newport News Shipyard until he finally retired from their QID department in 1993. His service in the NN Shipyard was briefly interrupted when he was drafted for a short period to serve in the US Navy in 1957. He was stationed at the Balboa Naval base in San Diego.
Bill loved quail hunting and bass fishing and hand carved many of his own fishing lures. For years he held citation for largest largemouth bass caught in Virginia year after year until he quit reporting his catches because too many followers were interfering with his fishing.
He will be dearly missed.
The family will not be holding any funeral or memorial service at this time due to the Covid-19 situation. The family simply requests that you remember Bill’s kindness and wonderful personality. They welcome any posts of fond memories you may want to share and place on the Virginia Cremation Society’s obituary website at this time.