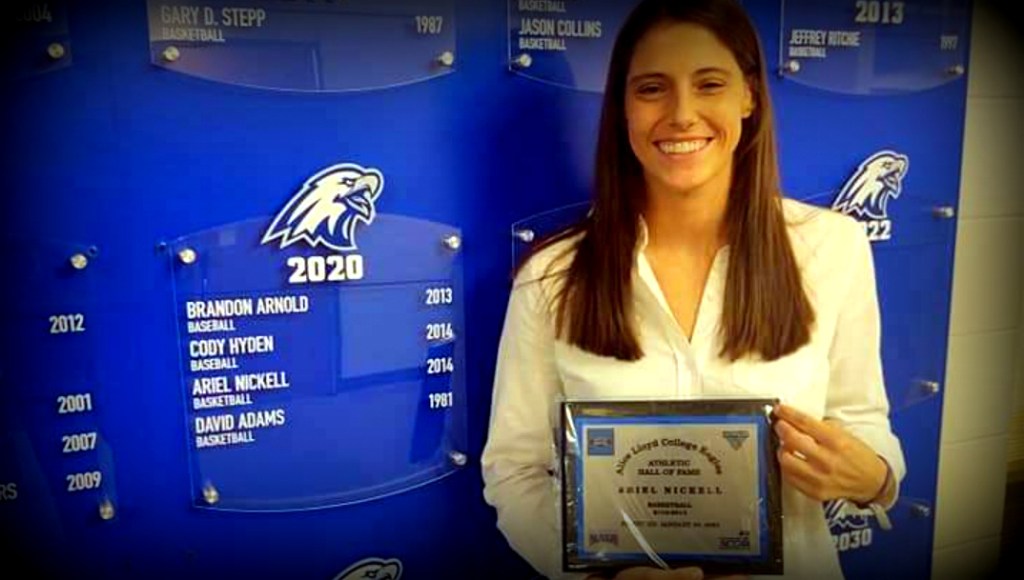 She played at CHS before moving on to become a star as a Lady Eagle. She played four years and began an assault on their basketball records from day one.

During her career Nickell played 115 games and scored an all-time school record of 2,587 points, grabbed a school record 1,241 rebounds and recorded 221 steals.

Her career averages during that time were: 22.5 points, 10.9 rebounds and 2 steals per outing all school records.

Ariel is the only player in school history to be named First Team All-Conference for four seasons and named NAIA DII All-American for three seasons.

She is also the only athlete in school history to be chosen as the KIAC Female Athlete of the Year and she received that honor three times as well.

Alice Lloyd has high praise for her even today by saying, “This individual is easily considered the greatest player to ever wear the Lady Eagles uniform.”

As a Claiborne Lady Bulldog, Ariel was a player who elevated her team mates and played from buzzer to buzzer no matter the score.

When asked about the honor Nickell said this, “Being selected for the HOF was quite the honor. I have always had so much respect for Alice Lloyd and the basketball program so that just made it that much more honorable. I can only hope my basketball abilities will transition to my coaching abilities, not for personal recognition but for the athletes. I want to be the best I can for my community as a coach and person.”

Nickell was honored during a ceremony, January 30, with family at her side.