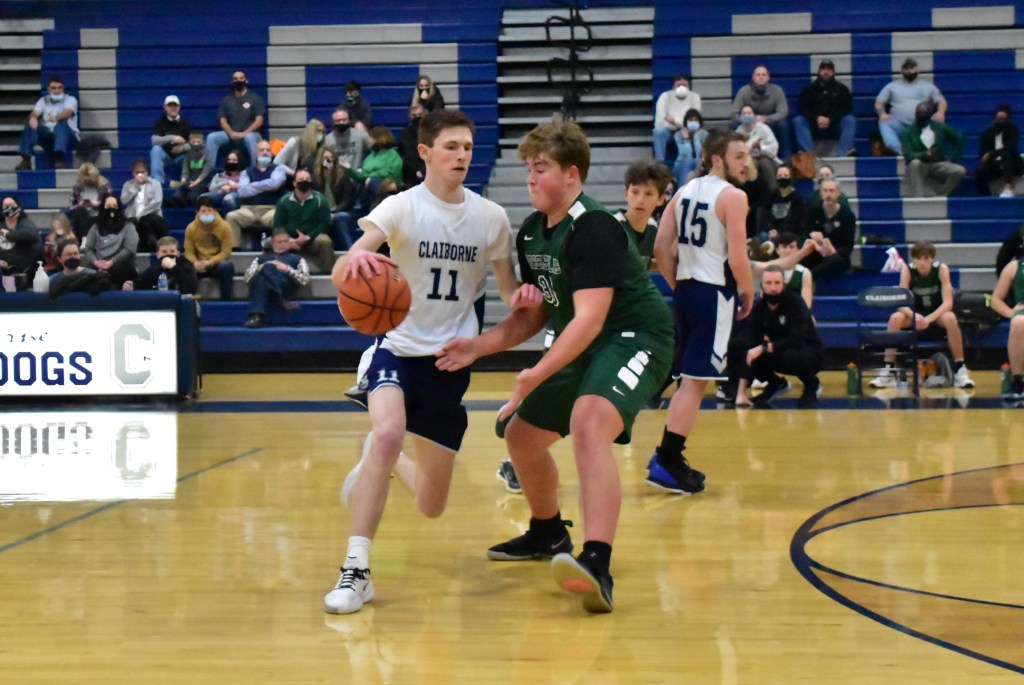 Both teams came in with talented players but it was the Green Devils who found themselves behind 5-2 to start the game.

The Bulldogs offense was inspired by the outside shooting of Tommy Hicks. He hit two three pointers that allowed the Bulldogs to separate from the Devils.

During the second period, Claiborne struggled with getting the ball down the floor and Josh Bolton reentered the game and provided the ball handling needed to get by the Greeneville press.

Still, Claiborne was getting farther behind on the scoreboard. At the half, Greeneville led 34-22.

Vince Bolden, Hicks and Bolton provided the offense for Claiborne during the second period.

The Bulldogs came out of the locker room needing to make a run to narrow the lead but it was Greeneville who scored six quick points. Cooper Sams was the primary scorer for the Bulldogs early in the period along with Hicks.

After three periods of play Greeneville held a comfortable lead of 22 points at 51-29.

The Bulldogs had a chance to cut into the Devils’ lead but had trouble finding the basket and lost the game, 61-42.

Leading Greeneville in victory were Drew Shelton and Mason Laws both with nine point efforts.

Claiborne was led by Hicks with 12, Vince Bolden and Josh Bolton with six points each, Atkins had four as did Cooper Sams.