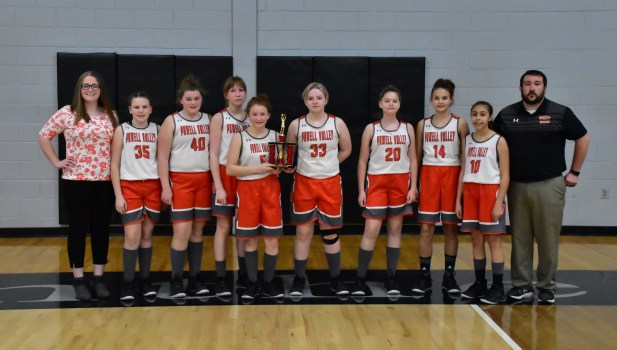 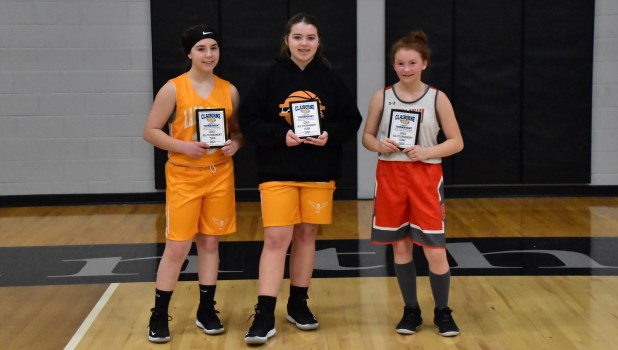 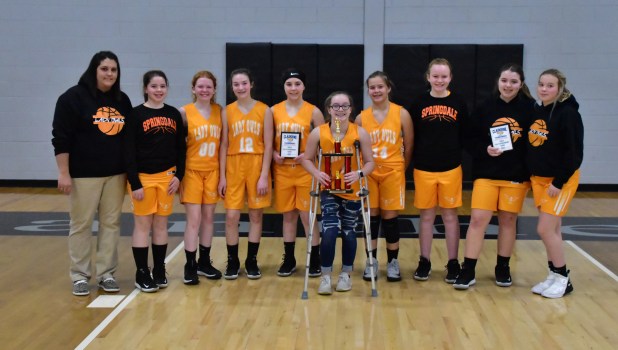 The final day of tournament basketball for both the 7-8 grade Lady Owls and Lady Indians took place, March 5 at Cumberland Gap High School.

This one decided who was finishing third and fourth place.

When the ball tipped off, fans watched a fast paced basketball game. The Lady Indians led after one period, 10-9.

During the second period, the Lady Owls made a run and were behind only one point with a minute left in the half.

At the half Powell Valley was holding on to a one point lead at 14-13.

Coming out of the break, the Lady Indians made a run but Springdale battled back and kept it close.

Going into the final period the score was 19-18 with the Lady Indians still holding the narrow lead.

Powell Valley led by as many as five early in the final period but with three minutes left the Lady Owls had tied it at 25.

The Lady Owls were happy to run the clock down but a turnover had the Lady Indians sitting pretty with 32.8 seconds left.

They missed two good looks in the paint and had to foul.

The final score was 29-27 with the Lady Owls taking third place and the Lady Indians holding up the fourth place trophy donated by Commercial Bank.

Springdale was led by Jacey Ferguson with 13, Gracie Cupp with six, Chloe Cupp with five, Emily Buchanan with three and Hope Cole with two.

Powell Valley was led by Chrissa Gibson with 11, Zoey Nelson had 10 and Kayla Satkowski had six.