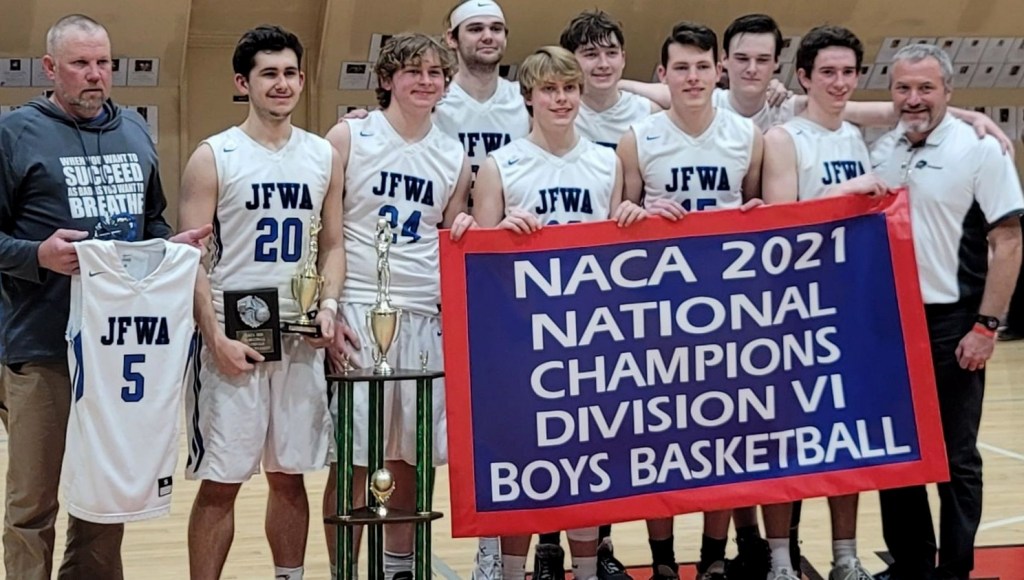 JFWA made it to the final round of the tournament after getting wins over Mountain View Academy from Alabama (score 57-30) and Christian Academy from Indiana (score 46-42) last week.

“Michael Jordan once said ‘Talent wins games but teamwork and intelligence wins championships.’ How true of this team,” said Wright. “It has been an honor to coach these young men through highs and lows. I am proud of each and every one of them.”

Brush and Yeary were named to the All-Tournament Team. Yeary was Tournament Offensive MVP and also won the tournament 3-point shooting competition. He made 10 three-point field goals in 45 seconds besting 187 other tournament participants in all divisions.

Since 1980, NACA has provided excellent national tournaments to have an opportunity to share the gospel with student athletes and to encourage them in their walk with God. They host 3,000 participants annually in nine sports.