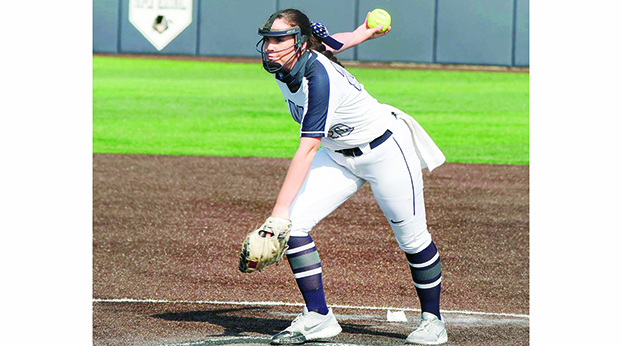 Bailey Griffith works from the circle for the Lady Railsplitters, improving her record to 9-2 with the win. - LMU Photo

HARROGATE, Tenn. – Keeping its perfect Dorothy Neely Field record intact throughout a record-shattering season thus far, the Lincoln Memorial University softball team disposed of Anderson on Wednesday in a battle between the top two teams in the South Atlantic Conference standings, outgunning the Trojans 12-1 collectively to move to 15-0 in Harrogate this spring.

An offensive and defensive shellacking in the Lady Railsplitters’ first home bout in two and a half weeks gave the blue and gray a lopsided 7-0 shutout in the opener, their fifth consecutive contest at home where the other side failed to tally a single run. Anderson managed to break that trend in Game 2, although it wasn’t enough to come back from a five-run deficit through the first three innings, where LMU ultimately put on autopilot the rest of the way for a 5-1 final decision.

Following the team’s 10th sweep of the semester, Head Coach Ritchie Richardson’s unit has not tasted defeat at Dorothy Neely Field in over 14 months, outscoring the opposition by an absurd 105-23 margin since February in those 15 appearances. Improving to 15-3 in league outings with eight games remaining on the regular-season schedule, the Lady Railsplitters now hold at least a three-game cushion over every other team in the

SAC as they continue their quest for a second conference championship in the past three years.

Game 1 – No. 8 Lincoln Memorial def. RV Anderson 7-0
LMU (27-4, 15-3 SAC), who dropped one spot in Wednesday’s National Fastpitch Coaches Association rankings to the #8 hole, dominated Anderson in their first home contest in 18 days, pouring in three runs in the bottom of the 1st thanks to senior catcher Audrey Petoskey’s 11th home run of the year, before adding insult to injury in the 6th frame with four more unanswered scores to blank the Trojans in the opener.

Madison Henry, Sierra Hucklebee, and Emma Webb accounted for over half of LMU’s 11 hits in the drubbing with two each, while Webb notched a double and a triple to help the Lady Railsplitters overpower AU in the hits department by eight.

While the batting prowess seemingly never came to a halt in the shutout, sophomore ace Emma Frost performed as advertised once more, collecting her 12th personal win of the spring while fanning eight batters out of 24 faced, only needing 69 pitches to get the job done.

As Henry and Hucklebee already occupied a pair of bases, Petoskey ensured her only hit of the afternoon would be an impactful one, launching the team’s 22nd dinger of the year to left field to give the Lady Railsplitters a 3-0 advantage in the blink of an eye. While Frost and co. put the lid on the Anderson offense time and time again, LMU left a handful of runs on the table by virtue of two runners left on base in four straight periods. Luckily for the blue and gray, the Trojans never posed a threat over the entire outing, while the nail in the coffin was drilled in later throughout the 6th.

An RBI bunt from Hucklebee gave Ty-Kella Goins the opportunity to sprint home and push the lead to four as the game drew to a close, before Webb’s triple down the left-field line rubbed salt in the Trojans’ wounds to score Hucklebee and Henry. Webb herself was able to secure the seventh and final run of the game once freshman DP Katie Tuggle notched her fifth hit of 2021 on a single to left-center.

Five other Lady Railsplitters grabbed one hit in the blowout, while Laken Maxwell took the L in the circle by throwing the entire game and nearly doubling Frost’s pitch count.

Game 2 – No. 8 Lincoln Memorial def. RV Anderson 5-1
Things weren’t as smooth offensively for the blue and gray in the closer on Wednesday, although the result stayed the same despite Anderson outhitting LMU by a surprising 9-3 clip. Junior pitcher Bailey Griffith and the Lady Railsplitter defense bent slightly at times during the second half of the doubleheader, but never broke on their way to the eighth SAC sweep of the year.

Again racing out of the gates with yet another three-run opening stanza, LMU calmed substantially in the hits department for the rest of the day, although it wouldn’t deter them to a high degree in the final outcome. Goins, Henry, and Hucklebee would be the only three players to successfully get a hit by Anderson pitcher Harlie Duncan, cementing the lowest number of hits in a win across the entire season to this point.

As a matter of fact, each of the Lady Railsplitters’ three hits during the 1st inning occurred in a non-hit capacity, getting on the board via a bases-loaded walk, Petoskey sacrifice fly ball, and fielder’s choice scenario that provided Hucklebee with the spacing needed to reach home plate and a 3-0 cushion.

LMU’s scoring production came to a close after the ensuing two innings, bringing the lead to four on a ground out down the middle to bring Grace Cochran diving into home plate, and an unorthodox circumstance in the bottom of the 3rd, where a drop third strike opened up the runway for Hucklebee to land her fourth and final run of the afternoon.

Kayson Boatner, Hannah Whitaker, and Jessica Neadow synced up for 66% of the Trojans’ nine hits in defeat, where the latter handed the visitors their only run of the day in 14 innings on an RBI leftfield single that scored Gracie Williams. That lone run in the top of the 6th broke an incredible streak of 34 consecutive innings at home where the Lady Railsplitters didn’t let a single run get past them.

Griffith advanced to 9-2 personally on the four-run triumph while retiring five batters, as LMU has now emerged victorious in 32 of their last 36 games dating back to March 2020.

Up Next
As six of the final eight events on the 2021 schedule before the South Atlantic Conference Tournament are at Dorothy Neely Field, the only two away from homestand as the next date for Lincoln Memorial, who travels to Gaffney, S.C. this Saturday to face Limestone in the first season where the Saints are affiliated with the SAC.

Having only met Limestone 11 times in school history dating back to the turn of the century, the Lady Railsplitters last met the Saints on a neutral field in Spartanburg, S.C. three years back during the debut campaign for Richardson, taking a tight 3-1 defeat in the Mid-South Classic.

Game-times in Gaffney over the weekend are slated for noon and 2 p.m. 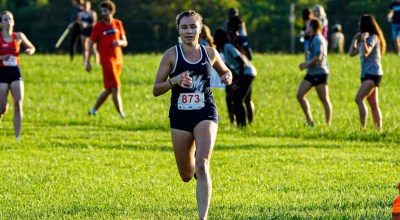 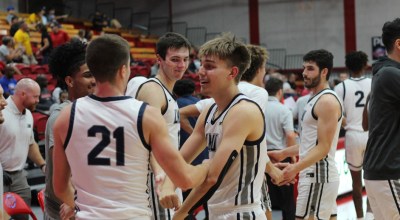