Panthers pick up 3-0 win over Harriman 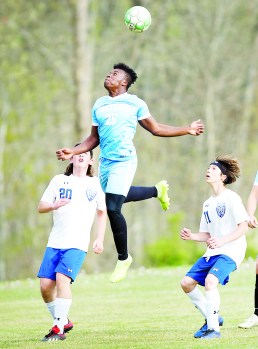 Owen Stallworth leaps to make a header for the Panthers. - Photo by Nick Barnett - A Different Angle Photography 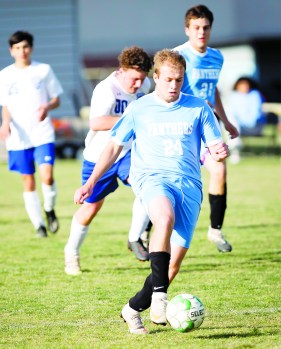 Senior Jon Graves led the team to the win scoring two goals. Todd Anders added one goal, making the final score 3-0. Anders was also credited with one assist along with Tyler Mayes. Keepers Sammy Seals and Ethan Thomas held the Eagles to no score with Seals earning two saves and Thomas earning one.

“This was a big win that finished us second in the district, leading to a first-round home game in the district tournament,” said coach Matt Neverstitch. “The boys played great – mid-field controlled the game and our defense was strong. Our offense finally came on strong with Jon scoring two goals and Todd following up with one. We still have lots of room for improvement and we need to start peaking with the season coming to a close. We need to be as sharp as possible. Overall it was a great win and I’m very proud of these boys.”

The Panthers will finish regular season play on the road next week with games against J Frank White Academy and Austin East.