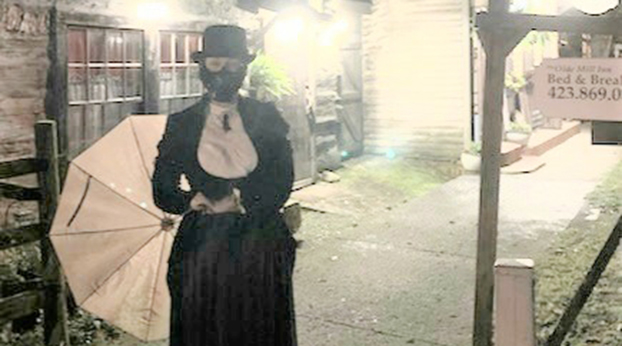 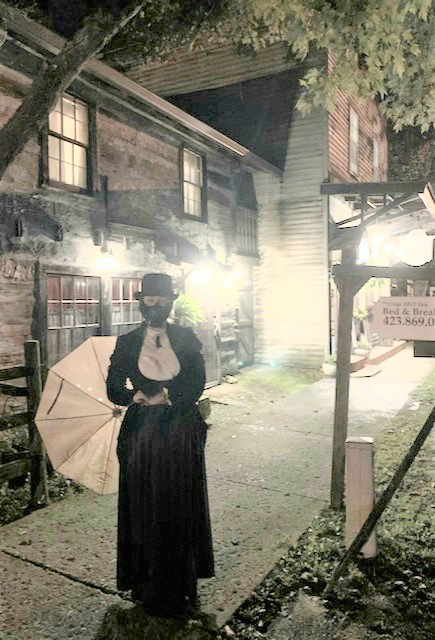 Nearly every historic town has its own set of friendly, or otherwise, ghouls and goblins. Ghost stories abound in nearly every old town, and the Gap is no different. Residents and visitors alike have tales to tell about strange occurrences and unexplained incidents. These tales have been told to Arachna Von Raven, who for the last three years has made it her mission to unearth these stories and tell them to those brave souls willing to participate in her ghost tours.

“The guy that owned this bar had a picture of the ghost. His wife, who was at home, could see on the camera that he was at the bar, working. She asked him, ‘Why aren’t you waiting on the person behind you,’ and he said, ‘There’s nobody there.’

She says her research has led her to nearly every structure in town, from which at least one good ghost story has been discovered. These stories are added to those told during the ghost tour.

“We literally walk those same paths – we cross places in which huge things happened. There were Indian attacks. There were Civil War soldiers that were shot.

That’s the novel history that gets left out, and nobody has really been able to present that in a way that the visitor really understands.”

While those who dabble in the paranormal will likely enjoy these tours, Eddy says she is more of a “gentle journey into past history.”

Those interested in taking one of the Old Towne Cumberland Gap Ghost Tours will need to book their place soon. The tours will conclude for the season at the end of October and will not be available again until May 2022.

However, you may book Arachna Von Raven for special occasions like birthday parties and holiday events. For more information, call 812-324-4678 or email cgghosttours@gmail.com. The website is cgghosttours.com, or you can find them on Facebook.