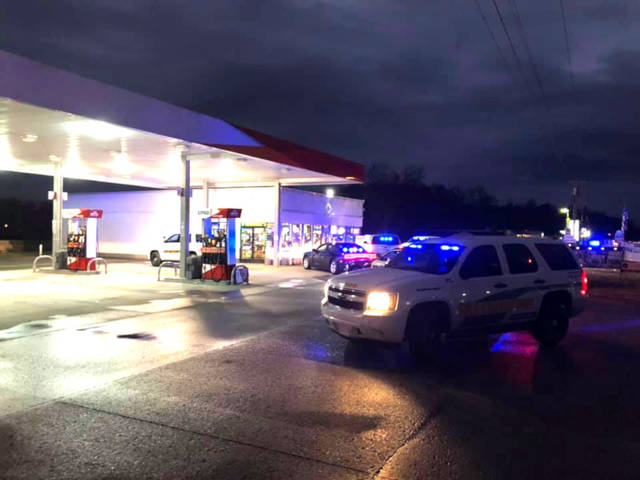 Law enforcement officials have been busy recently in Claiborne County as they have worked multiple reported crimes in the past week.

On Oct. 5, Claiborne County Sheriff Bob Brooks and his deputies were called to a residence on Baldwin Hill Road in Tazewell when a man allegedly pulled a gun on his son. The alleged culprit, Christopher Pittman, surrendered without incident according to a news release.

Deputy Trevor Seals is the arresting officer in this case.

• A burglary in the Clairfield community of Claiborne County was thwarted on Oct. 6 with the help of a residential security system. Claiborne sheriff’s deputies were dispatched to Troy King Road following a call from the homeowner, who said he could see the alleged would-be burglars on his security camera.

Deputies were in time to capture two suspects. Arrests were made and the two individuals were transported to the Claiborne County Jail.

Johnny Osborne, 52, of Lafollette was charged with one count each of aggravated burglary, aggravated criminal trespassing, and vandalism over $1,000.

Shannon Lee McCullough, 49, of Jellico, was charged with one count each of aggravated burglary, aggravated criminal trespassing, vandalism over $1,000, and attempted escape.

• Sheriff’s patrol deputies responded on Oct. 7 to another call of a burglary in progress, this time in Park Circle in the city of Harrogate. Deputies recovered a large amount of stolen property at a residence on Boone Drive, handily solving five additional burglaries and thefts previously on the chalkboard of active cases. The search unearthed additional property believed to be stolen, and deputies are awaiting positive identification by the victims.

John Seiber, 49, of Harrogate, was arrested and charged with burglary, theft of property, vandalism, criminal trespassing, and possession of a schedule VI controlled substance.

Also arrested was Terry Hill, 59, of Harrogate. Hill is charged with burglary, theft of property, criminal trespassing, vandalism, possession of methamphetamine, and possession of drug paraphernalia.

Sheriff Brooks encourages anyone with additional information, or who may have been the victim of a theft in the area, to contact the Claiborne County Sheriff’s Office at 423-626-3385.

• A parole violator was corralled during an incident on Sept. 28. The CCSO Criminal Investigations Division, along with the Sheriff’s Office S.W.A.T. Team, was successful in capturing Tommy Lynn Hurst of the Clairfield community.

Hurst, 56, was on parole for a conviction in 2018 of manslaughter that occurred in Claiborne County.

Hurst was charged by the Kentucky State Police on one count each of robbery and wanton endangerment.