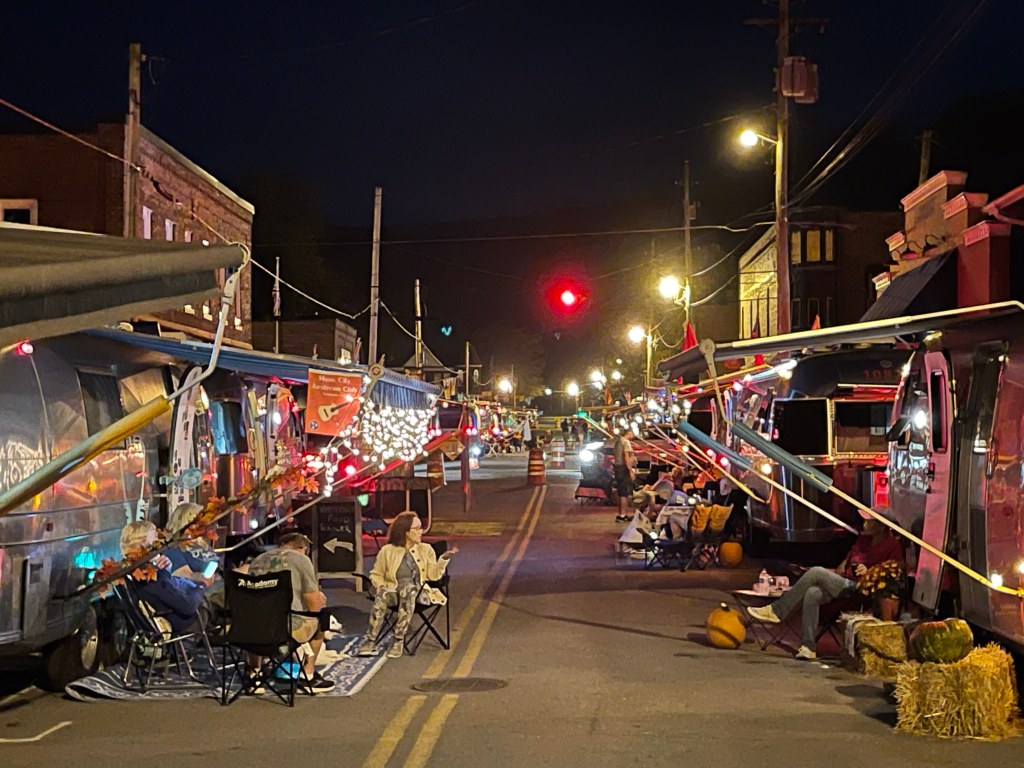 A part of Americana invades the historic town of Cumberland Gap as the iconic Airstream recreational vehicles bring their “silver” to visit. Photo by Cumberland River Photo Co./Guardians of the Gap

Motor travel really came into its heyday during the 1920s, when long strips of proper roads like the Dixie Highway were developed. As the open road beckoned, scores of homebodies decided to give extended trips by vehicle a chance.

One of those travelers, Wally Byam, was a camping enthusiast. Only problem was, his wife detested camping in a tent on the hard, cold ground.

Wally went to work putting together a tent contraption on top of a Model T chassis. It proved mobile, but it fell short in the fun factor whenever it rained. Never mind the fact it was a real chore to put together.

Wally, who was a Stanford University graduate, a journalist, publisher and who worked in advertising, went back to the drawing board, replacing the tent with a teardrop-shaped permanent shelter. He added a stove and ice chest and voila! – the Airstream was born.

The contraption caught the eye of so many travelers that Wally decided it might be “a pretty good business to get into.”

He was likely inspired from his early days working on his uncle’s sheep farm, living in a wooden wagon that was towed by a donkey. That early living arrangement boasted just about everything needed to sustain long periods away from hearth and home including a stove, bed and dedicated areas for food and water storage.

Fast forward from the birth of the Airstream in 1929 to Oct. 16, 2021  as an invasion of silver travel trailers descend upon the historic town of Cumberland Gap. Travelers from as far away as Texas rolled into town intent on soaking up a part of the history associated with Daniel Boone – a traveler in his own right.

The East Tennessee Airstream Club, in collaboration with the Guardians of the Gap, hosted the “Streamin’ in the Gap” event with a twofold mission in mind. Event visitors would enjoy an Airstream Open House, where they would learn everything you ever wanted to know about the “Silver Cans.” They would then vote for their favorite Airstream by placing a canned food item in the bin in front of the travel trailer of their choice.

The collected cans of food were earmarked for later distribution to a local food bank.

For more information about the East Tennessee Airstream Club, log onto: www.airstreamclub.org/east-tennessee.

Guardians of the Gap is a Section 501©(3) nonprofit organization. The nonprofit combats community deterioration, erects and maintains public community spaces and organizes, plans and hosts community related events – all to increase the visibility, attractiveness and quality of life for the local community as a whole. The organization supports strategic short-term and long-term planning and provides educational and informational resources about the history of Cumberland Gap.