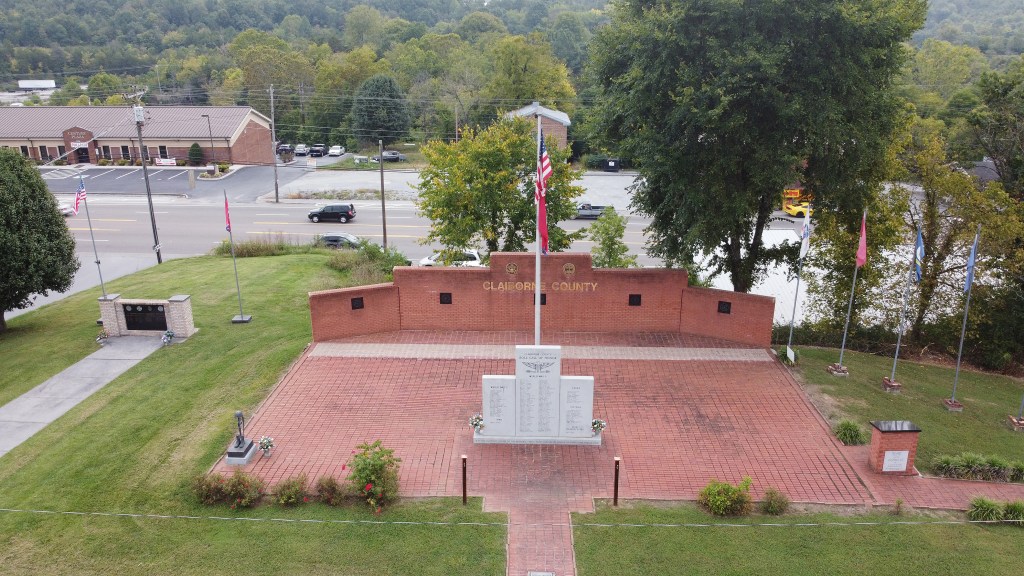 The loss in June of Veterans’ Service Officer Lee Brame has resulted in a prolonged search for a qualified person to fill the seat. Gary Hansard will be representing some 1,900 veterans in the county as the newly hired service officer following a vote by the Claiborne County Commission.

However, the long and winding road to Hansard’s “official hiring” didn’t come easy for County Mayor Joe Brooks, who says he was charged with the task of finding a suitable replacement earlier this year by those on the Budget Committee. Brooks was met with a few rounds of verbal mortar by fellow veteran Wayne Lee, who charged Brooks with disregarding the state statutes pertaining to the chain of command for proper hiring practices.

Lee said during the Claiborne Commission meeting that Brooks knew he had no authority to hire, that hiring was under the strict purview of the county governing body which is the county commission.

“At that particular time, he had already hired the one and he didn’t bother mentioning that at that meeting. And then, he’s been paid (the first person hired for the position prior to Hansard ). He has no authority whatsoever and he knew it when the county attorney told him he didn’t have any authority – he goes out and hires somebody anyway. I’d like for him to explain why he’s hiring people and he doesn’t have the authority to do so.”

Brooks responded that every veteran’s service officer previously hired in the county was done so by the sitting county mayor.

“That’s a lie,” said Lee. “(They’ve) been hired by resolution through this body – every one of them.

“There’re almost 1,900 veterans in this county and I’m proud to say I’m one of them. I don’t have anything against Gary Hansard. But, there’s a proper way for Gary Hansard to represent the veterans and that is to come before this body and get hired. Nowhere in (that particular statute) does the words ‘county mayor’ exist. You don’t have a dog in that fight,” said Lee.

Brooks said the commission could go ahead and fire Hansard and begin a resume search for another qualified person to fill the job. He said the county had been working to find that person for three months.

“The hope was that we could find somebody at the same caliber as the previous service officer. (They) told me that if I can’t find somebody and need more money for that job, come find us.

“If you want to put 21 people on a search committee to agree on hiring another service officer, go ahead and do it. I hear what the law says. I’m not trying to usurp it,” said Brooks.

Commissioner Carolyn Brooks asked the county mayor what exactly was the language used when he was charged with the task – was he asked to simply find someone or to actually hire a person.

“It was never said, that night,” said Brooks.

Commissioner Shawn Peters said that, historically, the county mayor would bring that person to the commissioners via a resolution and the body would approve or disapprove the individual.

Commissioner Steve Brogan said he thought the county veterans would have “a say” as to who would ultimately be hired.

Lee took exception to the lack of advertising for the position.

“It was never advertised in the local newspaper. The only place it was advertised was on his (Brooks) Facebook page. Who reads that,” said Lee.

Commissioner Sherry McCreary said she was concerned that the position had not been advertised as fully as it could have been. She suggested creating a policy to address the situation.

Audience member Don Bryant questioned the legality of such ‘sparse’ advertising practices. Bryant asked whether it was legal to move forward with hiring someone without it being advertised in a newspaper.

County Attorney James Estep III said it was legal, that the mode of advertising, even for a county employee, is at the discretion of the governing body.

“You want to advertise as much as you can,” said Estep.

Brian O’Brien, who owns and operates WRIL Radio Station in Pineville, explained his take on the current statutes.

“Your T.C.A. code is very specific that social media is now widely accepted – even though there’s people who are not on it – it’s widely accepted as a mode of authorizing the advertisement of legal services and legal announcements, as long as it falls in line with the criteria that’s been made in the disclaimer on the page itself,” said O’Brien.