COLUMN
Fairy tales not for children after all

By Special to The Advocate-Messenger

Ever since I was a child I have enjoyed watching The Andy Griffith Show. It was my father’s favorite show and always seemed to be on as I was growing up. As a result, I find myself still watching those episodes as if I hadn’t seen them hundreds of times.

Recently I was looking over my to-do list to see what I needed to get done that day. I used to pretend that I forget to do my chores until my wife purchased a notebook and pen for me and advised me to write down my list so I wouldn’t forget. Somehow, the notebook was misplaced and I found myself with nothing to do. Don’t tell my wife but it may or may not be hidden under the mattress.

As I sat down, I flipped through the channels and I somehow stopped on a show about hoarders. They showed people’s houses so full of junk they could barely get from room to room. It was then that I began to panic and decided that instead of taking it easy, I needed to start organizing my storage areas immediately. I began tossing things I had been storing since the ’80s into the garbage when I came upon my nursery rhyme books that I had as a child. I have always been an enthusiastic reader my entire life and enjoyed receiving the books for birthdays and Christmas.

As I began to turn through the pages and remind myself of some of the great stories I used to read, I was shocked to learn that these stories were more like the plot of a horror movie instead of a book for children. I picked up Hansel and Gretel and read about an old woman who liked to kidnap children and bake them in her oven. Sounds more like an episode of CSI to me. Then I picked up Little Red Riding Hood looking to confirm my suspicions and sure enough I was reminded about a wolf who eats the granny then eats the little girl until a woodsman kills the wolf with an Ax.

As I read these horror stories, I had to wonder why on Earth did anyone think these were appropriate for children to read. I began to think about some of the more popular rhymes I had heard all my life and looked at them with my now opened eyes. Do you remember the little poem about Jack and Jill? Obviously, I didn’t realize it as a child but Jack falls down the hill while carrying water and cracks his head open. Sounds riveting, let’s read it to our children. Better yet, let us read to them about the Rock a Bye Baby who falls out of a tree.

Why did the parents put their baby in a tree, to begin with? Sounds like a visit from Social Services may be appropriate here. Maybe we should read about the Three Bears where an intruder breaks into a house and ate their food and then fell asleep in their bed. Sounds like an episode from America’s Dumbest Criminals. Ole Goldilocks should be glad she didn’t break into a redneck’s house. The story would have likely ended with the coroner coming to remove her from the bed.

After I pondered the dark side of these stories, I realized that all this had been brought on by not wanting to end up as a Hoarder. I suppose there are worse things to be. I put the books back in the closet and watched Andy Griffith. I would invite you to come to watch it with me but my wife just found my to-do list and it seems I’ll be busy for a while. 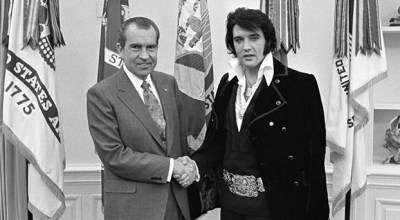 COLUMN
Searching for the hope

COLUMNDesiring God more than anything in the world