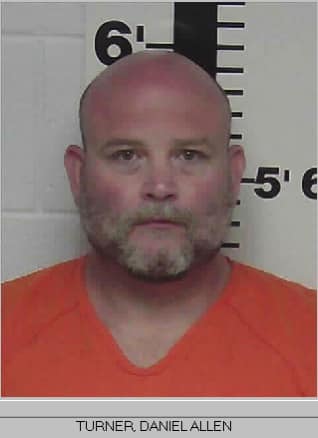 Daniel Allen Turner is a former Campbell County school football coach who pleaded guilty to the attempted sexual exploitation of a minor.

A joint effort has netted the dragnet of 14 individuals charged with the violation of the Sexual Offender Registry Act. Members of the U.S. Marshals Service, the Claiborne Sheriff’s Criminal Investigations/Narcotics Divisions, the Tennessee Bureau of Investigation and the Office of Attorney General for the 8th Judicial District banded together to bring in those not in compliance with the law.

Sex offenders currently residing in Claiborne County underwent a series of verifications including home checks to ensure that minors were not living with the offender, that the offenders were in fact living at their registered addresses and that registrations were correct and current for places of employment, vehicles belonging to and operated by the offenders and that email and social media accounts were compliant.

Out of the 14 charged, six individuals were placed under arrest and warrants issued for the remaining eight offenders. Some received multiple charges.

“This…makes it safer for the citizens of Claiborne County. One of the main accomplishments of my administration has been establishing partnerships with State and Federal agencies like the United States Marshals Service, and this operation is a result of those partnerships.”

Turner, a former Campbell County football coach, pleaded guilty to attempted soliciting sexual exploitation of a minor in August of 2019. He was previously accused and indicted after being reported for allegedly attempting to lure a Pigeon Forge Middle School student into his office to show her nude photographs on his smartphone.

Turner reportedly coached basketball at the Pigeon Forge Middle School and football at Pigeon Forge High School at the time of the incident.

This investigation is ongoing and more arrests are expected.