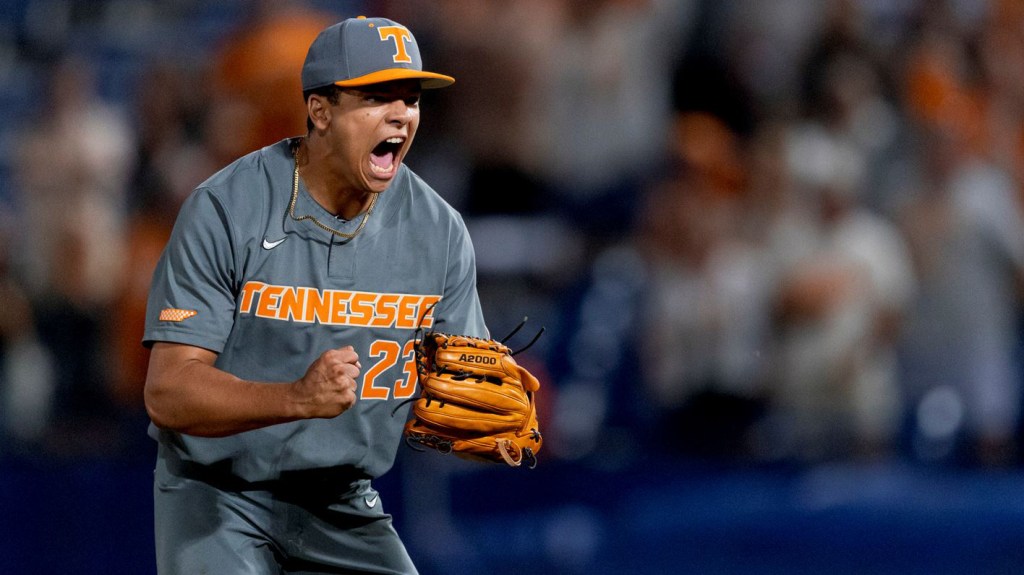 Tennessee’s Chase Burns was tabbed the National Freshman of the Year by D1Baseball.com. UT Athletics photo by Andrew Ferguson

Tennessee pitcher Chase Burns was tabbed the National Freshman of the Year by D1Baseball.com on Friday, marking the third national freshman of the year honor for the Vols’ talented right hander. 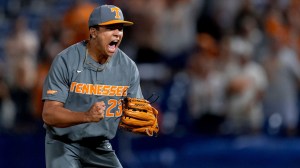 Tennessee’s Chase Burns was tabbed the National Freshman of the Year by D1Baseball.com. UT Athletics photo by Andrew Ferguson

Burns was also named the NCBWA Freshman National Pitcher of the Year and the Collegiate Baseball National Co-Freshman Player of the Year following his impressive debut season at UT. The hard-throwing frosh has been selected to four All-America teams and garnered three freshman All-America honors, as well (see list below).

Burns is the first pitcher in program history to earn three national award honors in the same season. The last Tennessee pitcher prior to Burns to take home a national award was Luke Hochevar, who won the Roger Clemens Award in 2005. Burns and former AL Cy Young Award winner R.A. Dickey (1994) are the only players in program history to be selected to four All-America teams as true freshmen.

The Gallatin, Tennessee, native had a phenomenal freshman season for the Big Orange, finishing with an 8-2 record and 2.91 ERA to go along with 103 strikeouts while serving as the Vols’ Friday night starter for the majority of the season. Burns’ eight wins are tied for the fifth most by a UT freshman and his 103 punchouts rank third in program history by a freshman.