Wildlife, rabies and the outdoors 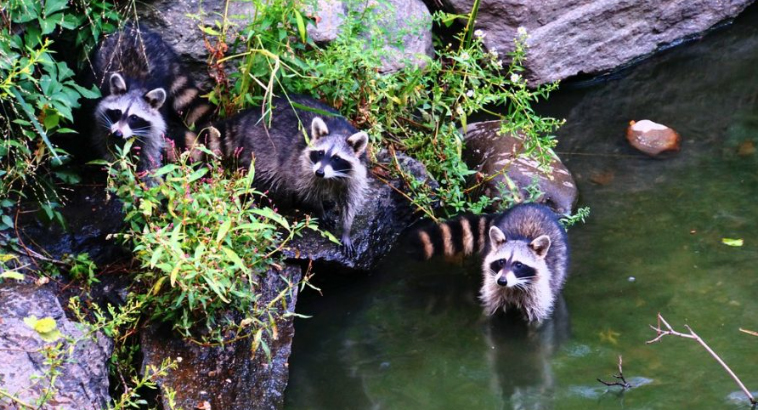 Rabies is highly infectious and is transmitted by contact with the saliva of an animal with rabies or through a bite or scratch. Photo submitted

Pioneer hunters found an abundance of wildlife in Virginia, Kentucky and Tennessee. The buffalo and elk were overhunted and practically disappeared but elk are being restocked in many areas. Bears are also being seen much more frequently in recent years. Conservation efforts have resulted in a good number of deer.

The fearsome panther and wildcat are seldom seen as they are very private, staying away from settled areas.

There were a large numbers of Golden and Bald eagles. Large numbers of buzzards and vultures were seen circling the skies as they watched for dead or dying animals. Their numbers waned largely due to pesticides but the correction of its overuse has resulted in a marked increase in the number of these great birds.

Wild turkeys were plentiful in the 1700’s when long-hunters and pioneers explored this area. The number of turkeys diminished greatly in the 1900’s when they were overhunted. Conservation efforts have led to a good comeback for turkeys and regular hunting seasons for our modern-day woodsmen.

Our squirrels were so numerous in the 1700’s they, at times, began mass migrations and were seen swimming across rivers in great numbers. They were very healthy when beginning their migration but were reportedly thin by the time they resettled. Their numbers would replenish during the years that followed but would begin another mysterious migration at times. Gray squirrels are the most common but occasionally red, black or white squirrels may be seen in some locales.

Rats were not common in the colonial settlements but many stole away aboard ships and came ashore with their docking on the east coast. Soon they became widespread throughout the new world.

Some wild animals were hunted to near extinction because they were such a detriment to ranchers and farmers. Others were part of the diet of early Americans. Perhaps saddest was the penchant for hunting for sport rather than for need. Thousands of buffalo were shot by individuals from passing trains,

giving little thought to their value to nature and to the individuals who hunted them for food and for their hides.

The wild howling of wolves was common to our ancestors but are now seldom heard except in isolated settings. Many were shot or caught in steel traps by individuals who hunted them for a bounty.

Rabies was the greatest factor leading to the death of many wolves. A wolf overtaken by the madness of rabies will bite anything within reach and other wolves are the victims of many of their attacks. There have been instances where a single wolf caused the death of its entire colony. Even worse these infected wolves lose their natural wildness and leave the woods entering the habitat of man. These infected wolves attacked flocks and herds. They also attacked early pioneering settlers working about

One such farmer arose from sleep after hearing noises coming from his livestock. When he opened the top half of his double door a rabid wolf sprang at him. The farmer tried to fend the wolf off with his arms. Another resident jumped to his feet and cut the wolf’s throat but not without being bitten. He

died an agonizing death a few weeks later. Many others died similar deaths.

Another farmer hurried to his livestock after hearing a clamor. A wolf sprang at him as he approached his cows. The farmer instinctively tried to push it away but it grabbed ahold of him in the chest area and soon it had him on the ground in a most vulnerable position. A young man heard his cries and ran toward him

with an axe but soon determined that he would likely strike his friend so he quickly retreated to the cabin and secured a butcher knife. He killed the wolf but the farmer was terribly mauled. Several weeks later he began showing symptoms of rabies.

from Harrogate, TN. His writings are both historical and nostalgic in nature.