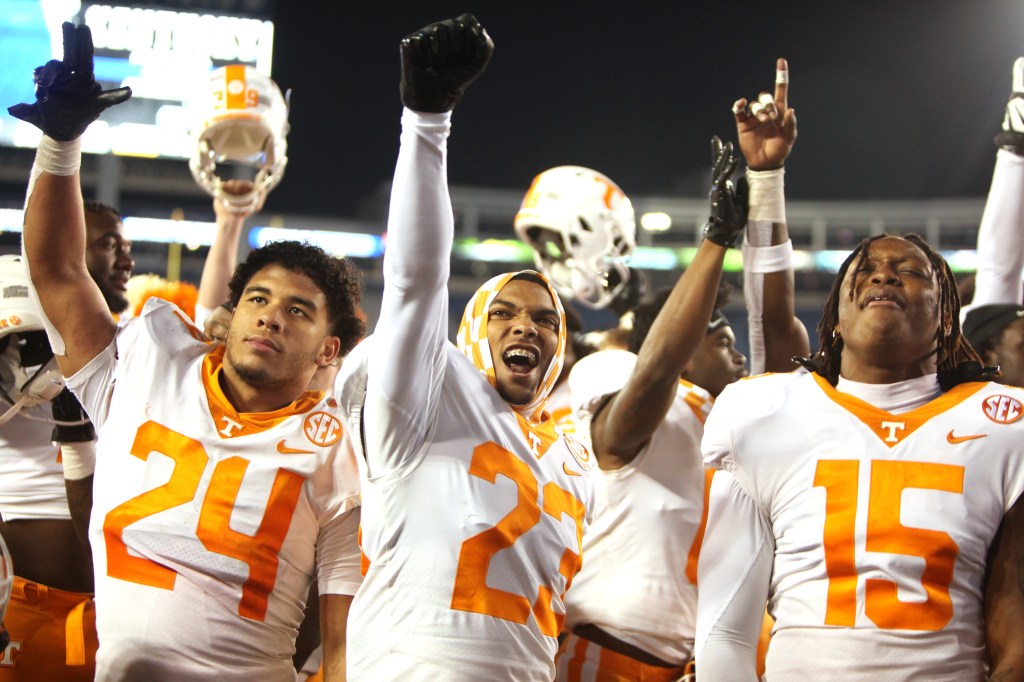 Two days out from the first road test of 2022, Tennessee football head coach Josh Heupel met with members of the media Thursday afternoon to wrap up availabilities for the week. The 24th-ranked Vols are deep into game prep for Saturday’s matchup at No. 17 Pittsburgh, which stands as the first ranked-on-ranked contest of the Heupel era.

Coming off a methodical 59-10 victory over Ball State to open the campaign, Heupel spoke to the progress a program can make from week-to-week early in the season.

“You can make your biggest jump from week one to week two. You should make huge jumps in communication or understanding expectations. Your young players that are in your program for the first time, from the leadup to kickoff, to what it feels like and looks like during the course of the game. As a staff, you continue to get in sync and work through some of those issues. It should be a week where you gain a bunch, but you can gain a bunch at any point during the season, too.

“Our work habits and our preparation have been really solid this week. We have to finish it the right way. We understand what we’re getting into. This is a really good football team. They’re tough, they’re physical, they’re smart, they’re mature. We have to go, not do anything extraordinary, but do the ordinary things at a really high level.

The programs enter the second meeting of the Johnny Majors Classic with a bit of familiarity. Saturday’s matchup with Pitt will be Heupel’s fourth time facing the Panthers in the last five seasons as a head coach.

“There is familiarity on both sides of it for both programs. It gives you some understanding of the personnel as much as anything. Schematically, things are going to subtly change on both sides of the line of scrimmage, and that has played out in the previous three contests. Being able to adjust during the course of the ball game based on the differences that you are seeing will be ultra-important in this one too.”