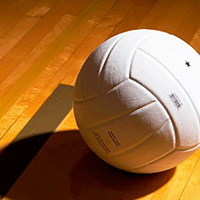 Claiborne High School volleyball lost in the first round of district play, but did well and showed much improvement over the course of the season, the team’s coach said.

Head Coach Christy Brooks looked back on the season: “Four of the five other district coaches commented on how much we had improved throughout the season and how much energy the team displayed regardless of whether they were winning or losing. As a first-year varsity team and second year team overall, we ended the season with six wins.”

Brooks added: “I was pleased with the efforts of this team and wish I could have had four years with the seniors instead of just two, however, we will still have strength from this year’s team as one of our main setters, Genesis Bailey, will still be with us another year and we will keep sophomore Kinlee Mullins and freshmen Emily Buchanan, Kayli Marshall, and Jaycee Ferguson who all played on the varsity team this year.  I look forward to seeing what happens as our team gets more experience and becomes more competitive in the following years.”